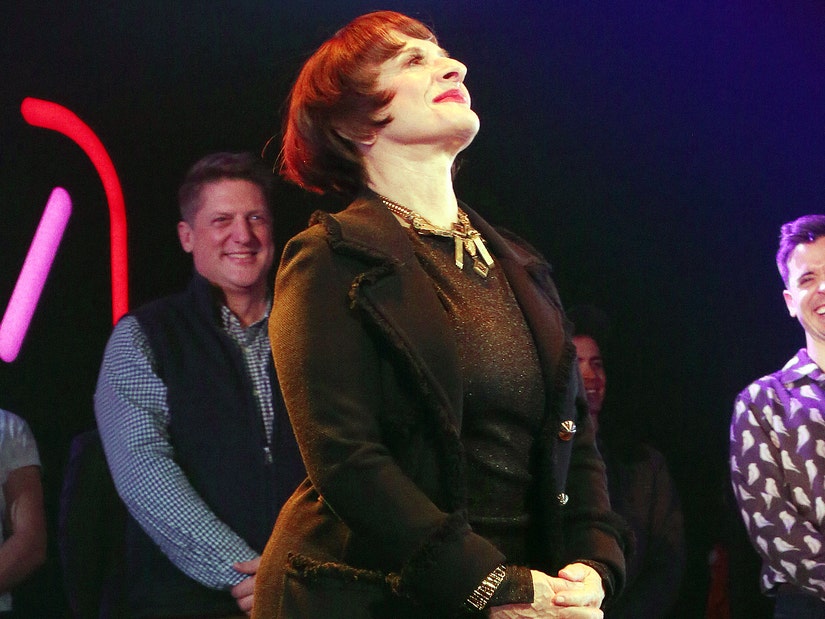 The audience member shouted back: "We pay your salary!"

Broadway legend Patti LuPone went off on an audience member who wasn't wearing their mask following a performance of "Company" on Broadway this week.

LuPone was on stage with her costars after a show, where they participated in a filmed conversation hosted by The American Theatre Wing which was free and open to the public. TooFab is told two people in the audience didn't have their masks over their noses, leading to LuPone "repeatedly and politely" asking them to lift them -- which they refused.

Patti LuPone putting an anti-masker in their place at a talkback after the show. Just follow the fucking rules and keep the performers safe pic.twitter.com/XWnkDxyoGo

"Put your mask over your nose. That's why you're in the theater. That is the rule. If you don't want to follow the rule, get the f–k out!" she then exclaimed. "Who do you think you are, that you do not respect the people that are sitting around you!"

At that point, one of the people in question had the audacity to shout, "We pay your salary!" to the two-time Tony winner. "You pay my salary? Bullshit," she hit back. "Chris Harper pays my salary. Who do you think you are?! Just put your mask over your nose. Oh my f---ing god!"

Harper is the Lead Producer of the show and, in a statement to TooFab, said "Over the course of her storied career, Patti has always had an unshakable bond with the audience, and she takes their role as seriously as her own."

"She is also a fierce advocate for the entire theatrical workforce," he continued. "We stand with Patti and support her efforts to keep our entire community — from patrons to ushers, cast to stage crew — safe and healthy so we can keep Broadway open."

Currently in NYC, all 41 Broadway theaters have extended the mask requirement for audience members through at least May 31 -- something that is pointed out on the official websites for Broadway and The Shubert Organization, which owns the Bernard B. Jacobs Theatre where "Company" is currently doing performances. "Guests who do not comply with these protocols will be denied entry or asked to leave the theatre," warns the site.

LuPone herself tested positive for Covid earlier this year and missed out on 10 performances.

Hi Dolls. I showed up for Saturday's matinee, tested positive for Covid with 3 tests. Unfortunately, I'll be out of the show for 10 days. I'm so sorry.