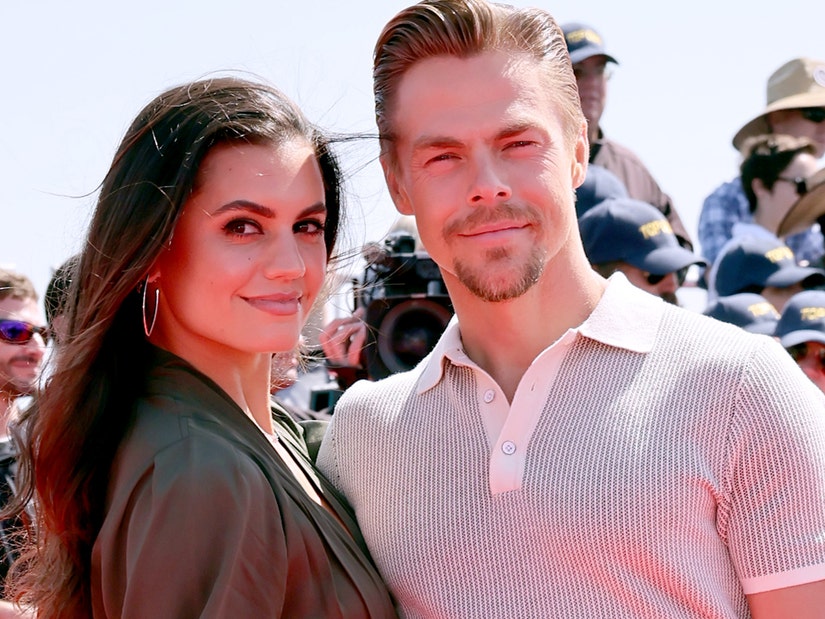 Derek Hough will be dancing down the aisle -- as he and girlfriend Hayley Erbert just announced their engagement.

On Thursday, the pair shared the same photo to their respective Instagram feeds, showing Erbert straddling her now-fiancé, while surrounded by an extravagant spread of flowers and candles. The post read "Engaged," where the picture's location would normally be found.

According to PEOPLE, Hough popped the question last week inside the couple's home, which he transformed with the help of Simply Troy Lifestyle + Events while the two stepped out out for the afternoon.

"Yay!!!! I have wanted this post for so long! Do I know them? Nope. But love is everything," wrote Jennifer Love Hewitt, before Chrissy Metz added, "Congratulations you lovely love birds!"

The pair also received congratulations from Derek's "Dancing with the Stars" fam, including Valentin Chmerkovskiy, Peta Murgatroyd and Sasha Farber.

The two met when Erbert was hired to dance for Derek and Julianne's Move Live Tour in 2014 and have been dating since 2015.