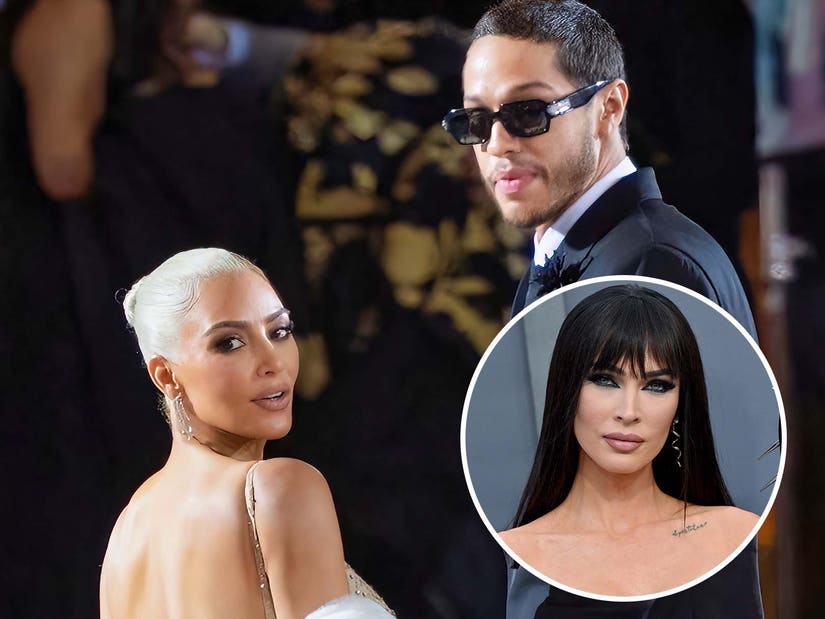 When it comes to being a wing woman, it turns out Megan Fox could use some work.

In a new episode of "The Kardashians," Kim Kardashian shared how she and her boyfriend Pete Davidson had coupled up. Unknowingly for Kim, it turned out that the "Saturday Night Live" comedian had tried to shoot his shot months before the two had connected.

The SKIMS mogul revealed in a confessional, "After we got together and it was a thing, Megan Fox texted me and is like, 'Is this s— for real? Because he asked me for your number months ago.'"

At the time, Fox had discouraged Davidson from making a move saying, "Dude, you have a better shot of me and MGK [Machine Gun Kelly] getting eaten by crocodiles than you [do] ever getting her number. Never gonna happen. Do not ask us." 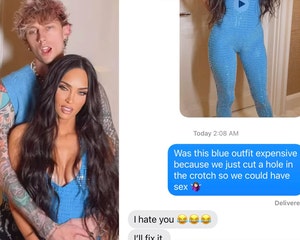 The reality star also detailed how she had connected with the stand-up comedian, revealing that she had felt a spark when the two had performed a sketch as Jasmine and Aladdin during her appearance on the variety show.

"And then, when we kissed in scene, it was just a vibe. And I was like, 'Oh s—, maybe I just need to try something different,'" she confessed. "But Pete does not come to my afterparty — everyone was at my afterparty — does not give me the time of day. So, a few days later, I called the producer at SNL, and I was like, 'Hey, do you have Pete's number?' And they were like, 'Yeah.'" 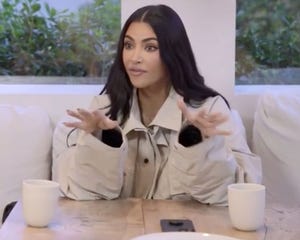 As she got to know Pete, though, Kim found herself drawn to him for more than his "energy." She called him "the best human being I've ever met," going on about his heart and his sense of humor.

"People always say he's so funny and it all has to do with how funny he is. But that’s, like, fourth on my list of why I like him," Kim shared. "He always wants the best for people, can handle anything, always does it with grace. He's really, really thoughtful and humble and so genuine. I would say the perfect word to describe him is genuine."

The couple first sparked dating rumors when they were seen holding hands while riding a rollercoaster back in October 2021 at the Knott's Berry Farm amusement park a few weeks after her SNL debut.

Kardashian's relationship comes after her divorce from Kanye West with whom she shares four kids: North, 8, Saint, 6, Chicago, 4, and Psalm, 3. 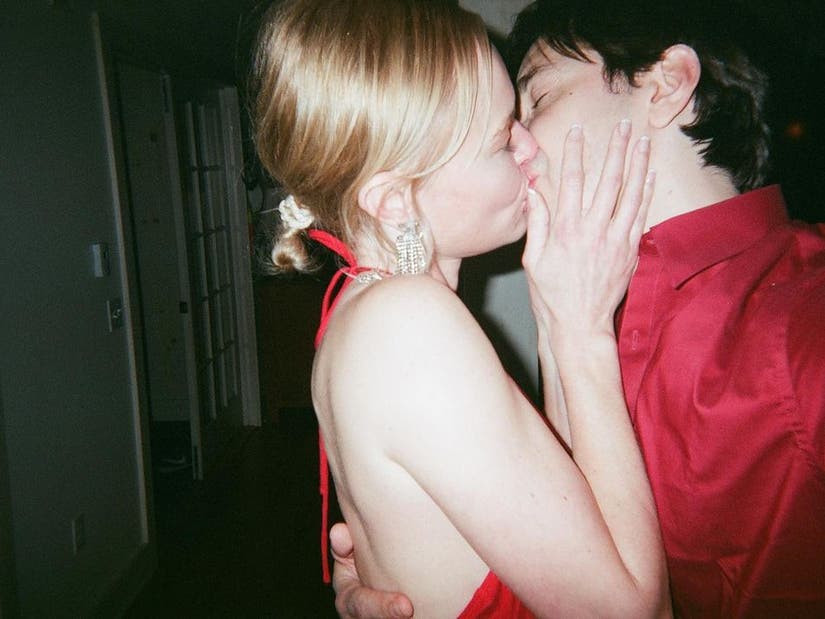