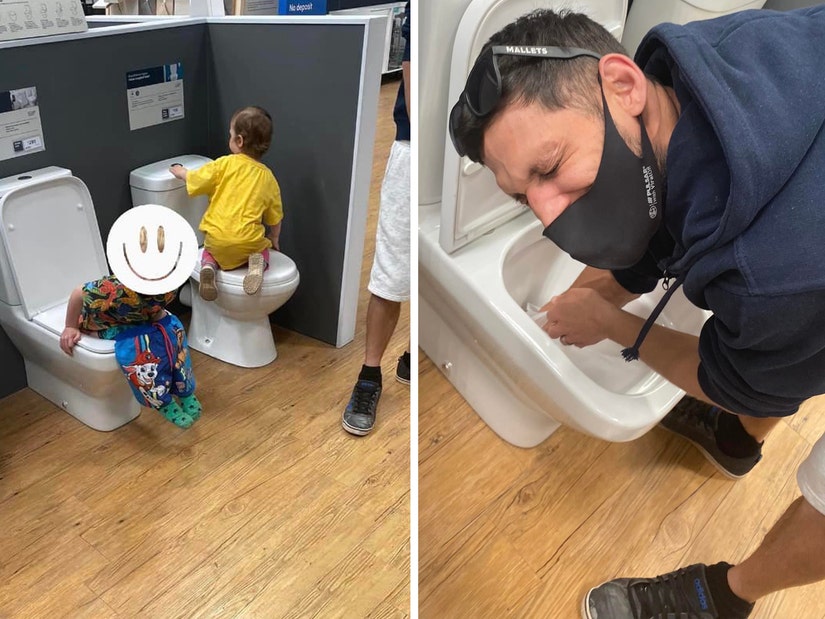 He made a Home Depo-sit

A dad who went into a hardware store looking for washing line ended up having to wash something else... when his son took a dump in one of the display toilets.

The unfortunate stink-cident occurred at a B&Q store in Glastonbury, UK — akin to Home Depot in the US — and was all documented on the boy's mortified mother's Facebook page.

"Can't quite believe what’s happened," Caroline Akhtar wrote on Saturday. "J has taken a very big poo in one of the B&Q display toilets." 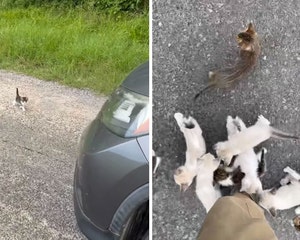 "Only went in for a washing line, turned around and J is sat on one of the toilets," she retold. "Ran to say get off but it was very much too late."

"I left to get wet wipes and came back to him still sat on there because he ‘needed to finish’ and hubby didn’t know what else to do," she added.

Indeed, picture evidence shows little Jacob proudly sitting on the porcelain throne right in the middle of the store. His little sister Frankie, 3, appears to be clambering on one right next to him, and luckily for the parents did not follow suit. 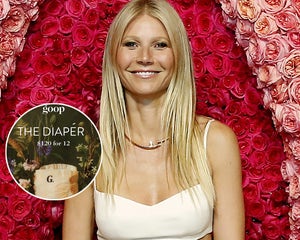 It fell to Jacob's unfortunate dad Aaron to rectify the situation, fishing the beached bowel movement out with a plastic bag over his hand.

His facial expression in the post — which already has 28k shares and growing — says it all.

According to Jacob's parents, the boy initially tried to blame that sh*t on his little sister

"He said 'She said it's okay to use this toilet'", the mom-of-three told the UK's This Morning show, per Daily Mail.

Many of the hundreds of comments were from sympathizing parents, in the full knowledge it was something their child would do, too. 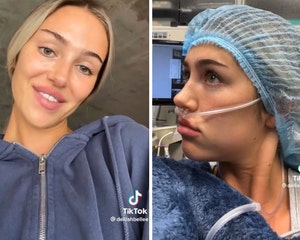