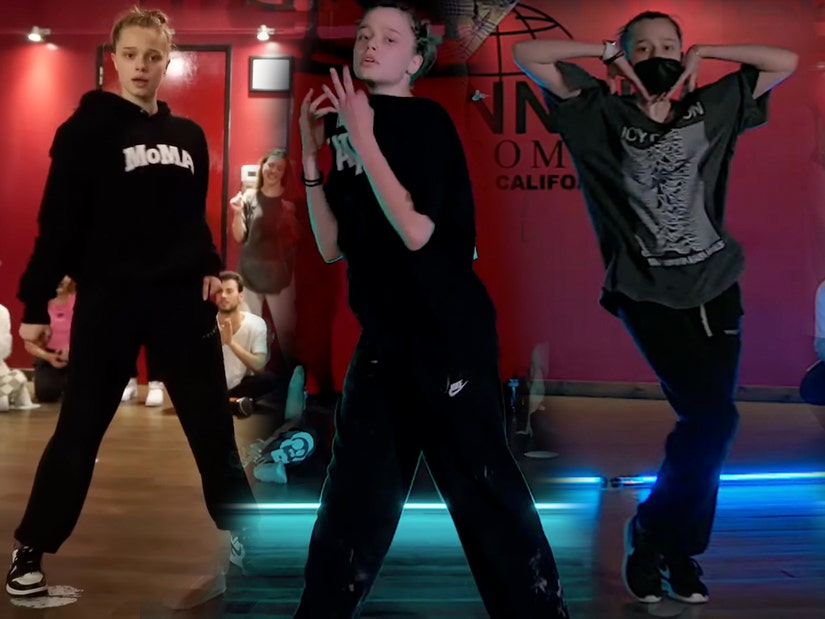 The videos were shared by the famed Millennium Dance Complex.

Shiloh Jolie-Pitt has some serious skills on the dance floor.

The 16-year-old daughter of Brad Pitt and Angelina Jolie has been making waves online after the famed Millennium Dance Complex -- where stars including Britney Spears, Justin Timberlake, Janet Jackson and J.Lo have honed their skills -- and its choreographers started featuring her in performance videos shared to YouTube over the last few months.

Most recently, she was featured in a routine choreographed by Hamilton Evans set to Doja Cat's new single, "Vegas," from the upcoming "Elvis" biopic soundtrack. In it, Jolie-Pitt rocked a Beatles t-shirt, black pants and Vans.

While that performance was the latest to go viral online, it's not the first to highlight her impressive dancing abilities.

A source told Us Magazine that her parents were "very proud" of her dancing endeavors.

"They'd have no issue if she wants to turn pro, but they're not pushing it on her by any means," they continued. "Shiloh loves dancing, she's seriously talented and has been going to these classes for a few years now."

Watch more of her featured moments at Millennium below -- we've cued the clips to her performances.