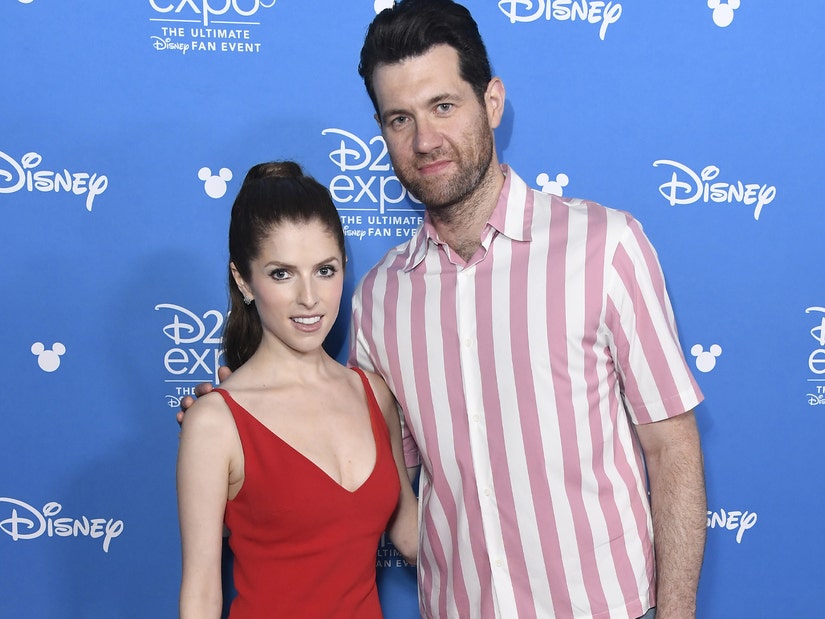 As Billy comes out as "straight," Kendrick exclaims, "You're free now ... our love can flourish!"

The actor went viral over the weekend after he shared a screen shot of a clickbait headline reading, "These new celebrity couples made us believe in love in 2022" -- which came alongside a 2019 photo of him and Anna Kendrick together on the red carpet (above).

"Um ... Hey @AnnaKendrick47 - cats out of the bag!!!" tweeted Eichner, who has been an out gay man since the start of his career. Kendrick quickly responded to his comment, exclaiming, "We can finally live our truth Billy! You've felt so pressured to seem like a gay man that you made #BrosMovie but you're free now! Our love can flourish!"

Eichner used the opportunity to promote his upcoming movie "Bros" -- which has been celebrated for having the first openly gay man (Billy himself) co-writing and starring in his own major studio film. The movie also features an almost entirely LGBTQIA+ cast in all roles -- including the straight ones.

"Guys I know this is really bad timing with all the Bros stuff but ... I'm straight," he continued.

"She pegs me with a cup," cracked Eichner, before Kendrick once again jumped into the replies. "Billy!! If you keep talking about our sex life in public I swear on everything holy I will stop using lube," she wrote.

"Ok fine. Just please don't tell anyone sometimes I beg you to dress up as your character from Trolls," added Billy, bringing that thread to a close.

While Billy said the "Bros" trailer was "PROOF I'M STILL GAY," he also joked that he has to say he's straight "so I can win AWARDS for playing gay" -- a reference to straight actors like Tom Hanks, Hilary Swank, Sean Penn and Jared Leto all getting Oscar love for playing queer roles.

"Bros" hits theaters September 30. Think Kendrick -- who is reported to actually be dating Bill Hader -- will score an invite to the premiere?