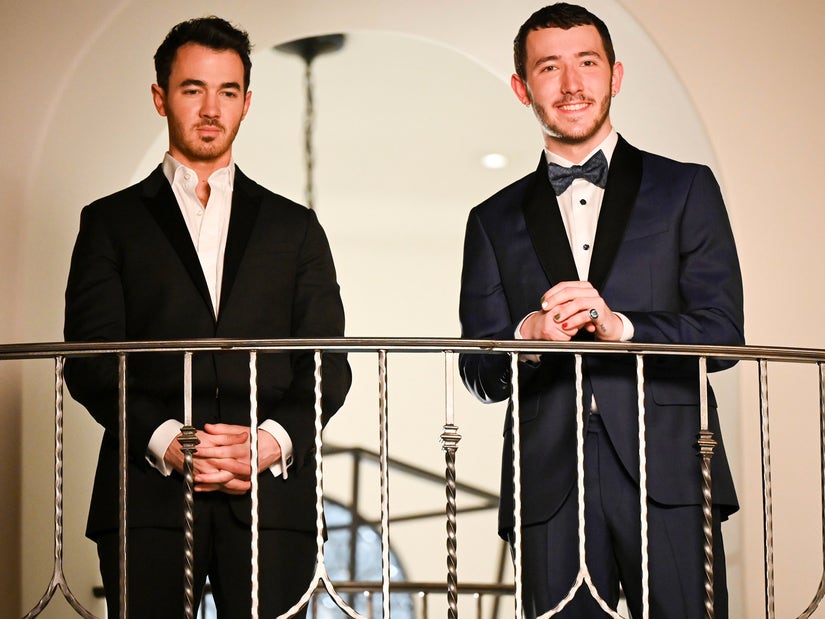 See the action star's grandkid and how he was caught cheating on the premiere!

Hosted by Frankie and Kevin Jonas, "Claim to Fame" debuted last night on ABC -- but it wasn't long before one of the contestants was disqualified from the competition.

On the series, 12 contestants who are all related to celebrities compete to keep those family relations a secret as long as possible. Each week, one contestant is tasked with attempting to correctly guess another's identity and, if they're wrong, are sent packing. Whoever can keep their relatives under wraps the longest wins $100k.

In the premiere, Chuck Norris' grandson Maxwell (below) was the first eliminated -- but it wasn't because he was correctly identified by this week's guesser, Pepper. Instead, as she was about to make her guess, the show's director interrupted the ceremony and revealed Maxwell had broken the rules. 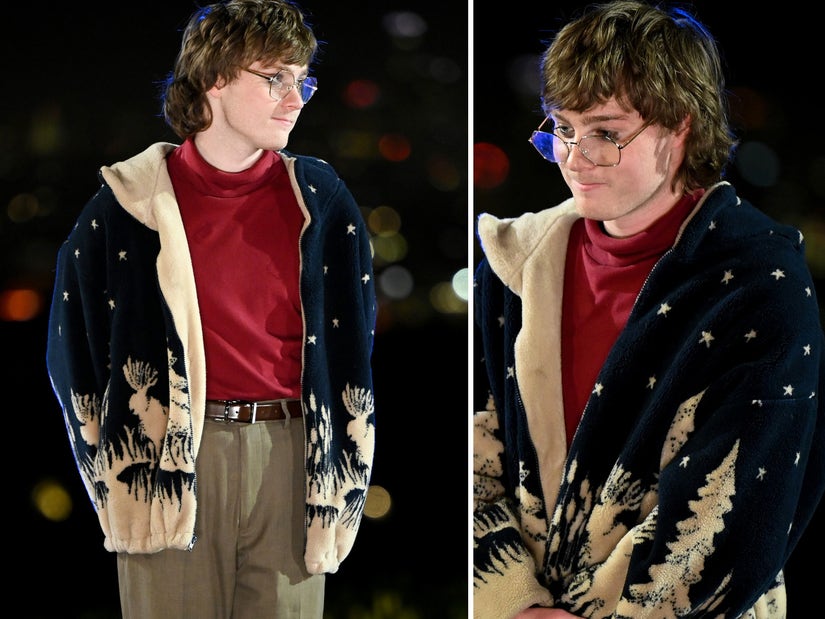 As is standard for reality shows, the contestants were supposed to be shut off completely from the outside world during filming, but Maxwell apparently didn't listen. In dramatic fashion, Kevin revealed, "As you know, when you came into the house, we took all your devices to protect your identities, keep away information to make sure the game was fair to everyone ... and one of you has broken that rule."

Footage then showed Maxwell rifling through his stuff, grabbing his phone from his clothes and then hiding under his bed sheets to use it. "As you guys know, we take this very seriously, we want you to take the game seriously, this is truly a competition," Kevin continued, "The rules are in place for a reason and that's why you will be going home tonight."

Though her guess didn't count, Pepper said she thought he was Steven Spielberg's grandson -- a guess which would have sent her home if he hadn't been disqualified. He then made the Norris reveal. 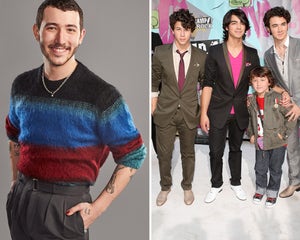 Throughout the episode, Maxwell doled out a couple clues about his famous relative, saying his biggest award was a star on the Hollywood Walk of Fame and adding, in a confessional, that he's famous for his films. "I didn't tell my grandpa I was doing this, so he'll find out after," he added.

Speaking with another contestant, Max also said he'd be "surprised if anyone in this house is related to someone more famous" than his grandfather. He then shared "the biggest dilemma in our relationship" with Norris, saying, "he has never had a phone before. It's incredibly hard to get in contact with that. He's always on set, I have to go through a couple people, like his attorney."

During the premiere, it was also revealed that one of the contestants, Louise, is Simone Biles' sister (below right) -- and another, Amara, is the granddaughter of Whoopi Goldberg (below left). 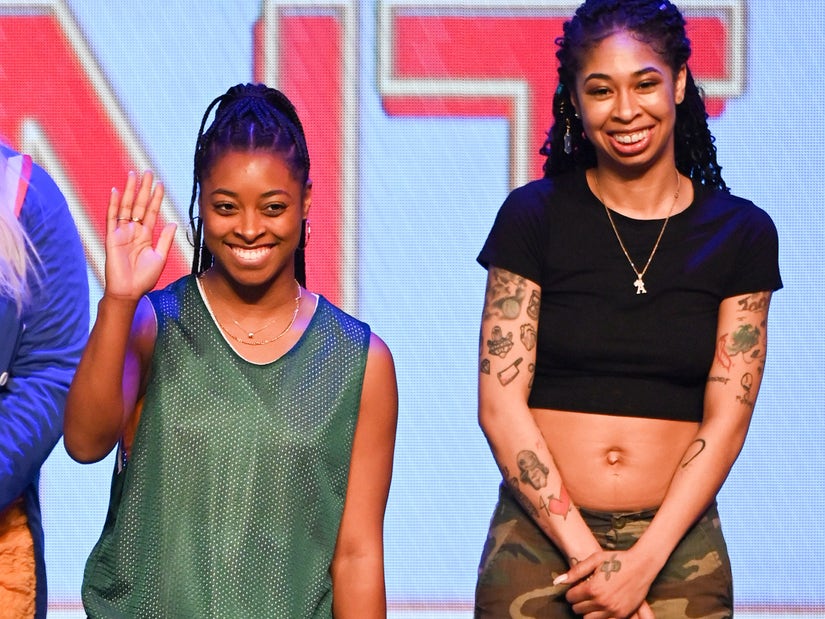