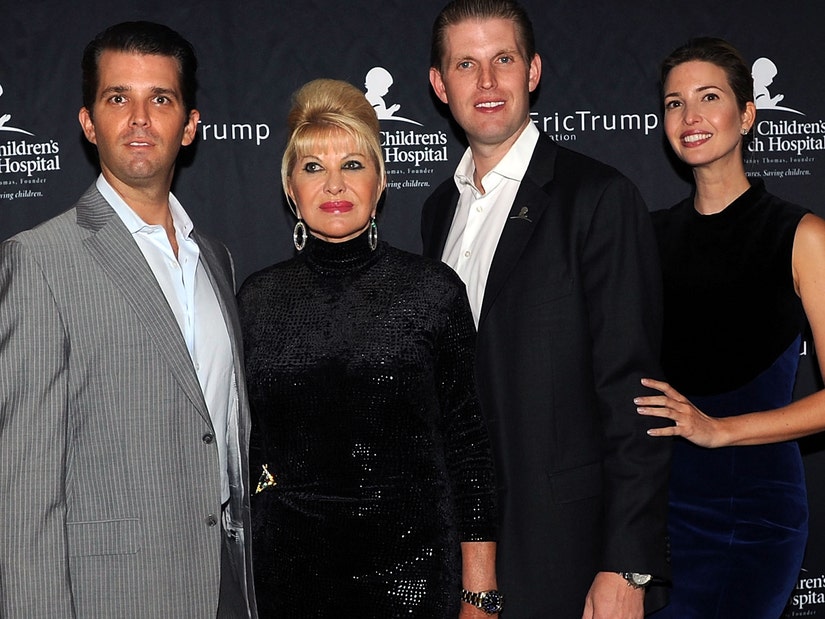 "I am who I am today because of you."

Donald Trump Jr., the eldest child of Ivana and Donald Trump, is mourning the death of his mother following her passing.

On Friday, Don Jr. posted a tribute to his mom on Instagram, sharing a carousel of photos featuring Ivana, including several throwback shots.

"Mom, we will miss you incredibly," the 44-year-old captioned the post. "Thanks for always pushing us hard, not letting us get away with anything, and instilling so many incredible values and personality traits."

He added, "From your sense of humor to your sense of adventure, I am who I am today because of you. I love you very much. R.I.P."

Meanwhile, Ivana's cause of death was confirmed on Friday. According to TMZ, an autopsy ruled that she died from blunt impact injuries to her torso after she had fallen down the stairs.

Ivanka and Eric Trump are paying tribute to their mother, Ivana Trump, who passed away on Thursday at the age of 73.

Following the sad news, Ivanka, 40, and Eric, 38, took to social media to honor their late mom, sharing touching tributes to the Czechoslovakia-born model and businesswoman, who was the first wife of former president Donald Trump. 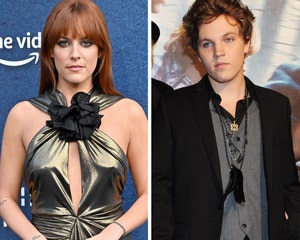 In her post, Ivanka shared a series of sweet throwback photos of herself and her mother.

"Heartbroken by the passing of my mother. Mom was brilliant, charming, passionate and wickedly funny," the former first daughter wrote in the post's caption. "She modeled strength, tenacity and determination in her every action. She lived life to the fullest -- never forgoing an opportunity to laugh and dance."

Ivanka added, "I will miss her forever and will keep her memory alive in our hearts always. ❤️."

Similarly, Eric posted several Trump family photos, including a throwback shot of himself and Ivana posing with skis while on a snowy mountain.

"It is with deep sadness that we announce the passing of our beloved mother, Ivana Trump," Eric wrote in the post's caption. "Our mother was an incredible woman -- a force in business, a world-class athlete, a radiant beauty, and caring mother and friend."

"Ivana Trump was a survivor," he continued. "She fled from communism and embraced this country. She taught her children about grit and toughness, compassion and determination."

Eric went on to add that his mother "will be dearly missed by her mother, her three children and ten grandchildren."

Following the news of Ivana's passing, Donald Trump released a statement, saying, "I am very saddened to inform all of those that loved her, of which there were many, that Ivana Trump has passed away at her home in New York City. She was a wonderful, beautiful, and amazing woman, who led a great and inspirational life."

"Her pride and joy were her three children, Donald Jr., Ivanka, and Eric," he added. "She was so proud of them as we were all so proud of her. Rest In Peace, Ivana!"

According to TMZ, per police sources, the NYPD received a 911 call around 12:30 pm ET, with the caller saying Ivana had entered cardiac arrest.

Law enforcement sources later told the outlet that Ivana was discovered by a female employee, who had entered her home and found her unresponsive at the bottom of the second-floor staircase. According to PEOPLE, Ivana was pronounced dead at the scene.

The Trump family has yet to announce Ivana's cause of death. However, two law enforcement sources told The New York Times that the NYPD is investigating whether or not Ivana potentially fell down the stairs.

Ivana was Donald's first wife, while he was her second husband. Following her divorce from Donald, Ivana went on to marry two more times. However, she didn't welcome any children during her subsequent marriages.

She is survived by her three children and ten grandchildren.