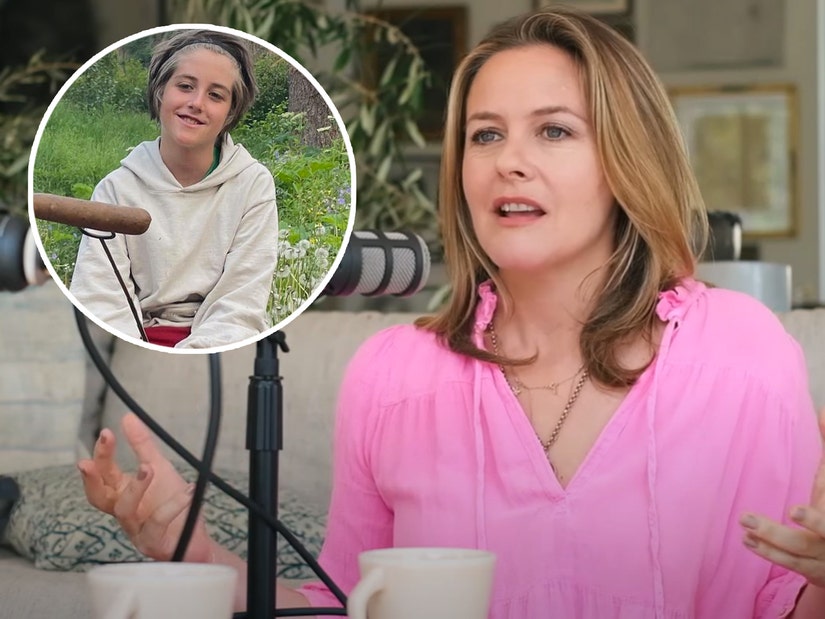 Alicia Silverstone and her son Bear are attached at the hip.

During an appearance on "The Ellen Fisher Podcast," the 45-year-old actress shared a few details about her attachment parenting style and revealed that "Bear and I still sleep together."

The "Clueless" star shares her 11-year-old with her ex-husband Christopher Jarecki, and joked that she would "get in trouble for" her comments by critics.

"I don't really care," Silverstone laughed off any possible judgements.

The "Senior Year" actress also explained the "elimination communication" parenting tactics she would employ when raising Bear, and shared that she would rarely use diapers when teaching her son to potty train as a toddler.

Instead of diapers, Silverstone would "watch his cues" to know when he would need to use the restroom.

"It's so awesome. It's so easy," she said. "When I was done feeding him, he would go to the bathroom in the toilet. When he woke up from a nap, he went to the bathroom."

"There was a period of time where I was watching him naked and watching the cues," Alicia continued. "The cues part for me was really fun because I thought that he was flirting with me because he would do this little smile. That's when he had to pee."

Her ex-husband had initially described her methods as "hippie s–t" until he eventually began to love the process. 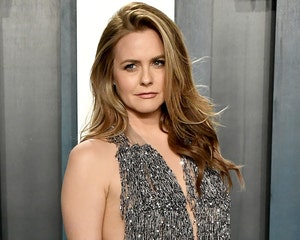 Alicia also responded to the backlash she's received over her parenting style and said, "I'm a natural mama, and I'm a loving mama. I believe in love, I believe in nature and our society is scared of nature and love."

The "Crush" star has been vocal about her unconventional parenting methods, back in June 2020, Silverstone shared that she had been taking baths with her then 9-year-old son during COVID quarantine.

"My son and I take baths together, and when he's not with me, I take a bath and that really feels nourishing and comforting," she revealed in an interview with The New York Times.

In addition to baths, she added that they shared other activities like dancing, bouncing on the trampoline and jumping rope.

Silverstone has also faced criticism for feeding her son an all vegan diet, "People said lots of different things, and I was sort of 'the freak,' and I guess I'll take pride in that because it is hard to be the person that's speaking out, and it is hard to be the person that is saying the thing that isn't what everybody else wants to hear," she said.