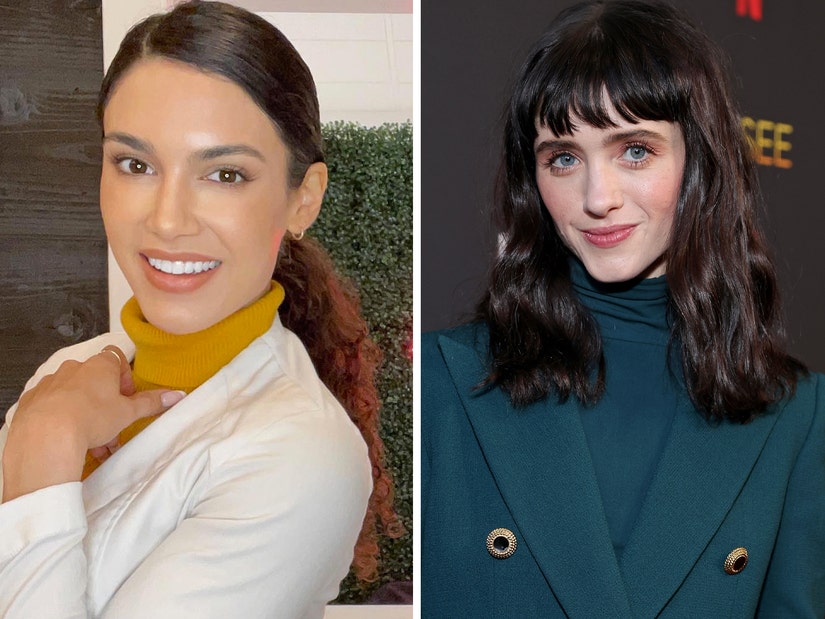 A nurse practitioner outraged fans after creating a list of cosmetic surgery procedures that she would recommend "Stranger Things" actress Natalia Dyer undergo.

After posting the now-deleted video on TikTok, medical professional, Miranda Wilson, went viral across multiple platforms for a clip that also featured a photoshopped image of what the 27-year-old actress could look like after the procedures.

Following the backlash, the certified aesthetic nurse practitioner injector released an apology video where she called the actress "absolutely stunning" and explained that she had intended to use a public figure to highlight different cosmetic procedures available to the general public.

"I just wanted to come on here and basically clear the air. I did not mean to offend anyone, including Natalia," she began. "I was simply just offering suggestions, not on what you have to do, just on what the possibilities are."

i could never be a celebrity because if someone made a video like this about me i would get violent pic.twitter.com/4mgNbZcwHb

"As an advanced injector that's what we do. We look at faces, we assess and look at the possibilities. Not on what you need to do, or what you have to do, they're simply just options," Wilson continued before using herself as an example. She listed off the cosmetic procedures that she had done, and revealed she had gotten Botox, lip and cheek filler, and a brow lift.

Natalia captioned her apology, "Hoping to clear the air that I was not suggesting that Natalia NEEDED any of that work, it was just an example. Of course Natalia is absolutely stunning the way she is…that's why she's so successful. Her photo was simply an example."

'I'm sorry if people took that as being mean or rude, that was not my intent at all," she concluded.

In her original video, the practitioner praised Dyer's appearance in the Netflix hit series  "Stranger Things" before listing how she would enhance the actress' face.

Wilson said that she would start at Dyer's jawline and begin "treating those masseters" to "slim" the sides of the celebrity's face. She explained that she would add "a little bit of chin filler" to "help fill out her chin and make her whole face more heart shaped" as well as some lip filler to "add more" to Dyer's lips.

"Nothing crazy," she continued. "Just a nice pout."

The list continued with Wilson adding that she would give the actress a "nice brow lift to help open up her eyes" and finish her imaginary session with a filler called Sculptra.

"She does seem to have more thin skin and we want to prevent that from getting thinner and create more collagen," Wilson said.

"As we can tell, her jaw is slimmer," the injector concluded after showing a digitally altered image of the actress. "Her chin is more pointy, and her eyebrows are more lifted, and we gotta love that pout."