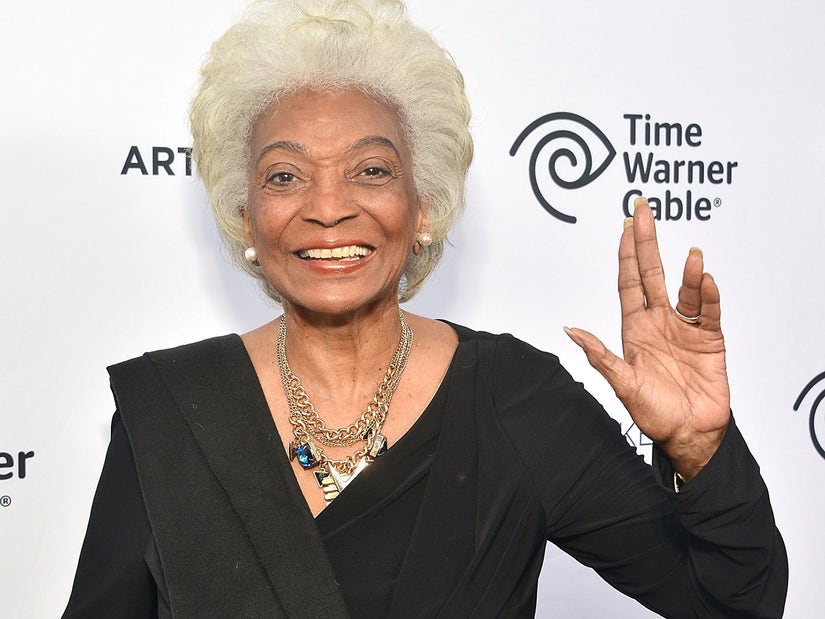 A pioneer in representation, Nichols broke barriers on "Star Trek" and continued to blaze inspiration for generations.

The Star Trek Universe has gained another star shining bright in the night sky with the passing of the original Lt. Uhura, Nichelle Nichols. The groundbreaking actress passed away on Saturday at the age of 89.

Nichols' death was confirmed by her son, Kyle Johnson, Sunday with a post on her official web page. "I regret to inform you that a great light in the firmament no longer shines for us as it has for so many years," he wrote. 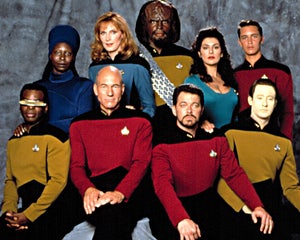 "Last night, my mother, Nichelle Nichols, succumbed to natural causes and passed away. Her light, however, like the ancient galaxies now being seen for the first time, will remain for us and future generations to enjoy, learn from, and draw inspiration.

"Hers was a life well lived and as such a model for us all.

"I, and the rest of our family, would appreciate your patience and forbearance as we grieve her loss until we can recover sufficiently to speak further. Her services will be for family members and the closest of her friends and we request that her and our privacy be respected."

He signed off the message with the classic Trek slogan, "Live Long and Prosper." 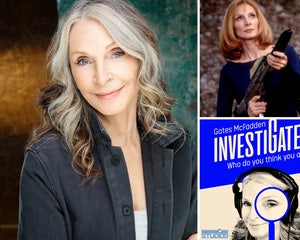 Tributes began pouring in immediately for the iconic star from fellow "Trek" cast members and alumni as well as celebrity fans and the general public.

More than just an actress on a science fiction show, Nichols was a groundbreaking presence as a Black woman in a lead role on television when "Star Trek" premiered in 1966. She was part of the first interracial kiss between a Black person and a white person on television in one episode, sharing that moment with William Shatner's Captain Kirk.

Nichols' "Trek" cast-member George Takei paid tribute to his colleague and friend of many years, while at the same time admitting that his heavy heart makes it impossible for him to fully say what he promised to express in time.

We lived long and prospered together. pic.twitter.com/MgLjOeZ98X

Another ground breaker in the "Star Trek" Universe, Kate Mulgrew became the first female captain and star of the show when she launched as Captain Janeway on "Star Trek: Voyager." "Nichelle Nichols was the first," Mulgrew wrote. "She was a trailblazer who navigated a very challenging trail with grit, grace, and a gorgeous fire we are not likely to see again."

Nichelle Nichols was The First. She was a trailblazer who navigated a very challenging trail with grit, grace, and a gorgeous fire we are not likely to see again.

Among modern "Star Trek" stars, "Discovery" star Wilson Cruz has reaped the benefit of the trails that Nichols blazed with Uhura. He paid tribute to that work by saying she was modeling the idea of "Representation Matters" before we even understood how true that was. "With her very presence & her grace she shone a light on who we as people of color are & inspired us to reach for our potential," he wrote.

Before we understood how much #RepresentationMatters #NichelleNichols modeled it for us. With her very presence & her grace she shone a light on who we as people of color are & inspired us to reach for our potential. Rest well glittering diamond in the sky https://t.co/DmeLFbg825

Melissa Navia, who stars alongside the current actress to take on the iconic Uhura role (Celia Rose Gooding) on "Strange New Worlds," tweeted that "her light will keep shining," and that she "cannot wait for the celebration fo her life that is to come" and "all the stories" from those who knew her best.

✨Nichelle Nichols✨ Her light will keep shining. Brighter & stronger than ever. All the rest to her now and peace to her family. Cannot wait for the celebration of her life that is to come and all the stories that those who knew her best will share. https://t.co/lK07CTahJx

Stacey Abrams shared a picture of herself alongside Nichols, calling it one of her "most treasured photos," and calling Nichols herself a "champion, warrior and tremendous actor." She concluded her thoughts with the missive, "May she forever dwell among the stars."

One of my most treasured photos - Godspeed to Nichelle Nichols, champion, warrior and tremendous actor. Her kindness and bravery lit the path for many. May she forever dwell among the stars. #RIPNichelle #Uhura pic.twitter.com/nFXHif8HEC

We’re deeply saddened to report the passing of Nichelle Nichols - a trailblazer, an inspiration, and so much more. She will be deeply missed. https://t.co/iBwyOPaxTP

It is with great sorrow that we report the passing on the legendary icon Nichelle Nichols. No words. #roddenberry #RIPNichelle #StarTrek pic.twitter.com/wQkB0OZ9t5

Farewell to a fine woman. RIP Nichelle. You were a groundbreaker.

RIP @NichelleIsUhura. You led the way and opened the door for the rest of us who followed in your wake. We will be forever grateful. My heart is broken💔😢

"Everybody has the right to live long and prosper with the person they love." - Nichelle Nichols, Rest in Power #RIPNichelle #NOH8 🖖 pic.twitter.com/urSbQloXOX

Many actors become stars, but few stars can move a nation. Nichelle Nichols showed us the extraordinary power of Black women and paved the way for a better future for all women in media. Thank you, Nichelle. We will miss you. pic.twitter.com/KhUf4YM6pX

My love for the original Star Trek is profound. Nichelle Nichols was a ground-breaker and a glorious ambassador for her show, her role and science all her life. And a truly lovely person. May she have a wonderful adventure to the final frontier.#ripnichellenichols

In 1967, at a Hollywood NAACP fundraiser, Nichelle Nichols was asked to meet a fan. When Martin Luther King approached, she thought "Whoever that Trekkie is, it’ll have to wait because I have to meet Dr Martin Luther King." Dr King said "Yes, Ms. Nichols, I am your greatest fan." pic.twitter.com/tZrEwgNvxD

A radical, trail blazing star of the silver screen.

When she said 'Captain', everybody listened. Rest in peace. 💙pic.twitter.com/FibwGYQVdk