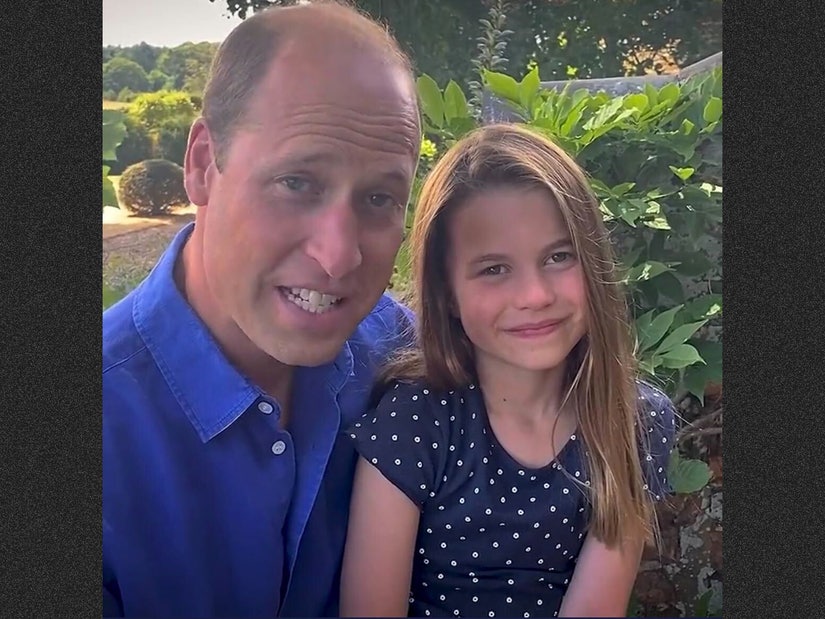 "Good luck! I hope you win. Bye!" she says in a rare video appearance next to her royal dad

Prince William and Princess Charlotte are quite the sports fans!

Before the their historic victory on Sunday night, the royal father-daughter duo shared a video message posted to Twitter supporting the England women's soccer team, also known as "the Lionesses," ahead of their final Euro 2022 match against Germany.

"We both want to wish the lionesses the best of luck tonight, you've done amazingly well in the competition and we're rooting for you all the way!" Willam said while Charlotte added "Good luck! I hope you win. Bye!"

"Good luck tonight @Lionesses, we're all cheering for you!" the caption read.

Good luck tonight @Lionesses, we’re all cheering for you! pic.twitter.com/ATsLg6QHIF

Last week the Prince shared words of congratulations to the soccer team when they earned their spot in the 2022 Euro finals with their victory over Sweden.

"Congratulations @Lionesses on making it to the #WEURO2022 final on Sunday. The entire country is so proud of everything you're achieving. We believe in you and will be with you all the way!" William wrote on Twitter.

The 40-year-old royal is the president of England soccer's governing body by the Football Association. The Duke of Cambridge is a regular attendee to games and is often accompanied by his son Prince George, 9, and wife Kate Middleton.

Congratulations @Lionesses on making it to the #WEURO2022 final on Sunday. The entire country is so proud of everything you’re achieving. We believe in you and will be with you all the way! W

According to her father, Princess Charlotte is a "budding star" when it comes to the sport. The 7-year-old royal has joined her family during matches featuring William’s favorite team, Aston Villa.

Last month when he joined them for practice, Prince William passed on a message from his daughter to the women’s soccer team.

"Charlotte wanted me to tell you that she is really good at goal," he shared at the time, "She said, 'Please tell them that.' She's a budding star for the future."