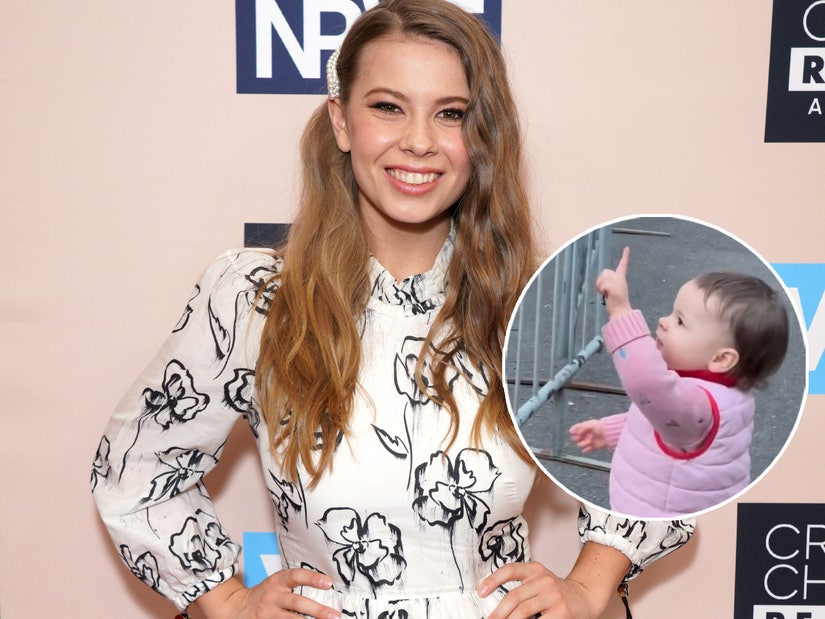 "Grandpa Crocodile loves you too."

In a video posted to Instagram on Sunday, the 24-year-old conservationist shared a sweet clip of her 1-year-old daughter Grace recognizing her Crocodile Hunter grandfather in a photo.

"Do you see him? Is he over here?" Bindi asked Grace in the video, which sees the child walk over and point to a poster of Steve.

"Grandpa Crocodile," Bindi says as her daughter runs to the poster hung to signify a construction zone at the Australia Zoo.

"Good girl," Bindi gushed and instructed her daughter to wave at her grandfather, "I love you, sweetheart. Grandpa Crocodile loves you too."

"We have a little construction going on to make our Tasmanian devil habitat @australiazoo even more beautiful,"  the caption read, "Grace’s favourite part? Visiting Grandpa Crocodile. All the love."

Her husband Chandler Powell commented, "Her little wave gets me every time."

Steve passed tragically on September 4, 2006 after his heart was pierced by a stingray barb while shooting an underwater documentary in The Great Barrier Reef. He was just 44 years old.

Back in September, Bindi revealed just how much her daughter is fascinated by her "Grandpa Crocodile" while paying tribute to the late conservationist on the 15th anniversary of his death.

"This sweetheart has been watching her 'Grandpa Crocodile' on the projector at our camp here on the Steve Irwin Wildlife Reserve," she wrote alongside a photo of then 5-month-old Grace in a photo posted to Instagram.

"She lights up when she sees him on screen. I wish with all my heart that Dad could hug my beautiful girl," she continued. "It’s been 15 years since he passed away. I hold on to the thought that he’s her guardian angel now, watching over the most special part of my life, Grace Warrior. ❤️"