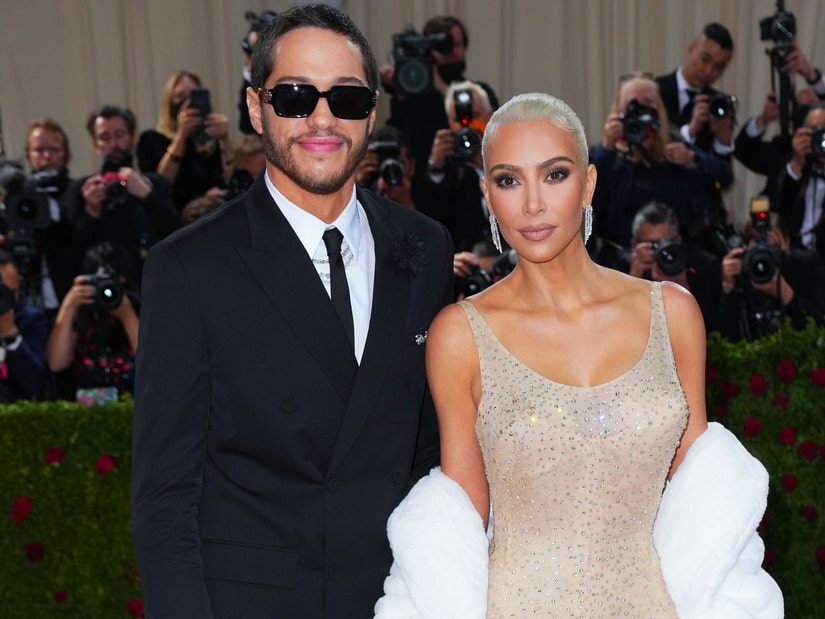 Kim Kardashian and Pete Davidson's whirlwind romance has come to an end.

As first reported by E! News on Friday, the reality star and "Saturday Night Live" alum have split after nine months together.

Insiders told the outlet that Kim, 41, and Pete, 28, made the decision to call off their romance and just be friends. Sources also said the two have "a lot of love and respect for each other," but their jam-packed schedules and often being apart from one another "made it really difficult to maintain a relationship."

As reported by TMZ back in June, Pete has been filming the movie "Wizards!" in Australia, and Kim even visited him last month.

Meanwhile, Kim has been balancing work and motherhood duties as she's often traveling while also raising her four kids, whom she shares with her estranged husband Kanye West -- North, 9, Saint, 6, Chicago, 4, and Psalm, 3.

Kim and Pete were first linked in late October when the two joined some pals, including Kourtney Kardashian and Travis Barker, on a trip to Knott's Berry Farm, just a few weeks after Kim hosted "SNL" and shared a kiss with Pete during a sketch. While at Knott's, the pair were seen holding hands while riding a rollercoaster together.

Over the course of the next few months, the couple was spotted spending time with one another -- everywhere from Pete's hometown of Staten Island to hanging out with Flava Flav.

By January, things were heating up between the pair, who jetted to the Bahamas for a romantic getaway. The following month, Pete publicly called Kim his girlfriend for the first time and just a few weeks after that, they made things Instagram official.

The two went on to become much more public about their relationship, even making red carpet appearances together at The White House Correspondent's Dinner in late April and the 2022 Met Gala in May.

In April, TMZ reported that Pete had met Kim's children.

Meanwhile, last month, Kim shared a series of sweet photos of herself and Pete on Instagram, above, with the couple appearing to be still going strong.

According to E! News, "The Kardashians" star and comedian called it quits this week.