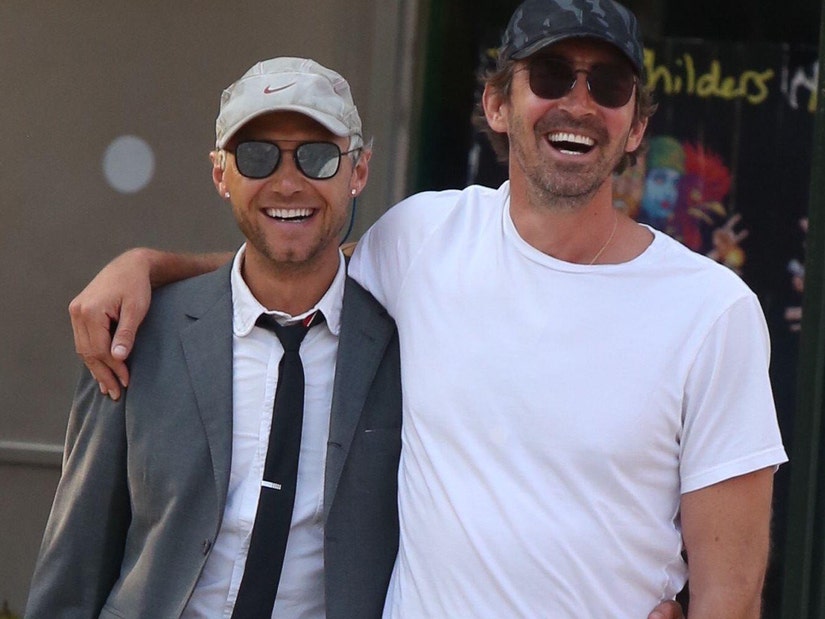 “If you've found one person you can be weird around, hold on tight."

Lee Pace is a pretty private guy when it comes to his personal life -- and only just now confirmed rumors from nine months ago that he's a married man.

The "Bodies Bodies Bodies" star opened up about his marriage to Matthew Foley, an exec at Thom Browne fashion house, explaining how the two were set up by a mutual friend a few years ago.

"I said to my friend, Nick, 'You know a lot of people, who do you have for me?' And it luckily has worked out," Pace shared in a new GQ profile.

"What I'll say about being married, it was once described to me as an endless sleepover with your weirdest friend. In our experience, that is absolutely true," he continued. "If you've found one person you can be weird around, hold on tight."

The actor also said he would "love to have kids" in the future, adding, "I think there's nothing better than little kids running around."

Rumors the two tied the knot first surfaced back in November, after he was spotted wearing a gold band on his ring finger during an interview with The Cut. In the piece, reporter Tim Stack wrote, "I notice a gold wedding band on his left hand and ask about it. He playfully feigns surprise. 'What? No! How did that get there? Gus [his dog], do you know anything about that?'"

The two live with Gus in a 200-year-old farmhouse in upstate New York, on a "big, very big" lot Pace started acquiring back in 2010. Since then, he's built a home by hand on the property from the ground up and recently purchased neighboring property.

"Of all things that I've done I'm like, ‘Hey, I actually built this thing,'" he told GQ. "The decision to build that house there has impacted my life in ways that I could not have imagined."