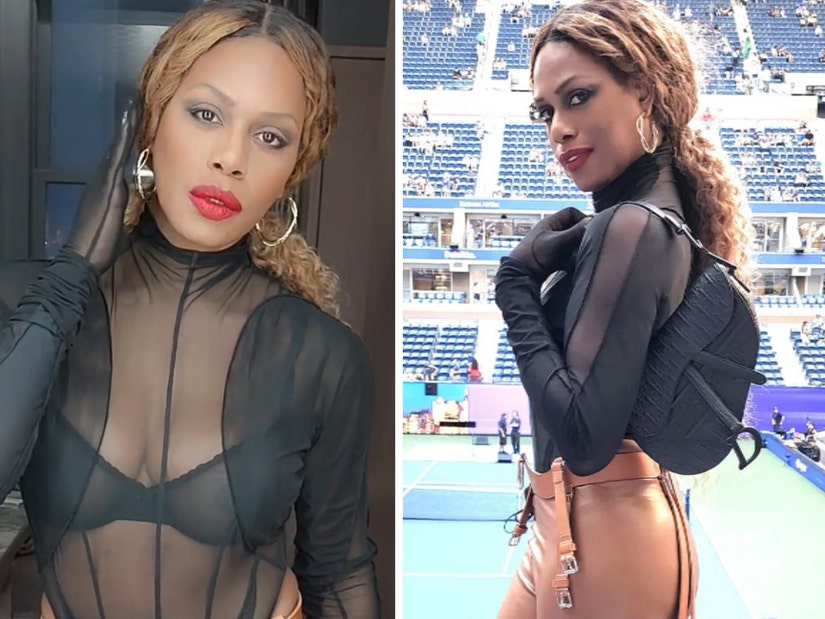 "These tweets are funny as hell"

The Beyhive got all worked up last night after a few fans thought they spotted Beyonce Knowles in the stands at the US Open. The only problem: it wasn't her.

Nope, instead viewers mistook "Orange Is the New Black" star Laverne Cox -- who was wearing a black mask which covered half her face at the event -- as the "Renaissance" superstar.

Shortly after Cox appeared on television, a clip of her from the stands at Serena Williams' match wound up on Twitter, mistakenly captioned, "#Beyonce at the #USOpen." The original video has now been seen nearly 150,000 times, with more than 5,000 likes and around 800 retweets and quote tweets combined.

The original poster's replies were quickly flooded -- with some posting memes and laughing about the mixup, alongside a few who truly believed Cox was Knowles.

Thank you 😁.. but also. pic.twitter.com/dJdoa3xopT

I thought I was doing something 🤣 I was to excited.

Someone eventually posted a shot of Cox's own Instagram Story from the event, proving Laverne was the one in the footage and not Queen Bey. "I got to excited to see #Beyoncé and though it was her, my bad," the original poster admitted, "it's @LaverneCox."

"My bad.. I wasn't trying to be funny I promise," they added.

I got to excited to see #Beyoncé and though it was her my bad.. it’s @Lavernecox 💯

Cox, however, did find the whole situation quite funny, taking to her own Twitter and Instagram pages to react to the mixup.

On Instagram, she shared the viral clip and captioned it, "Not me getting mistaken for @Beyonce at the #USOpen tonight then trending on Twitter as the internet cackles over the mistaken identity."

She also responded to a few tweets:

In the flesh. GO @serenawilliams https://t.co/NJTT0cMM2z

Girl it was me. Lol https://t.co/fbBsu8JjTu

Check out some more social media reactions below:

2nd biggest winner tonight: Laverne Cox who was mistaken for Beyonce all night. Which is a career highlight for literally anyone.

I know you’ve received a lot of accolades, but surely being mistaken for Beyoncé is up there!!

That is not Beyonce, but Laverne Cox. Hair looking goodt. #USOpen

The fact that this is Laverne Cox has me screaming https://t.co/1AiUtl5DNq