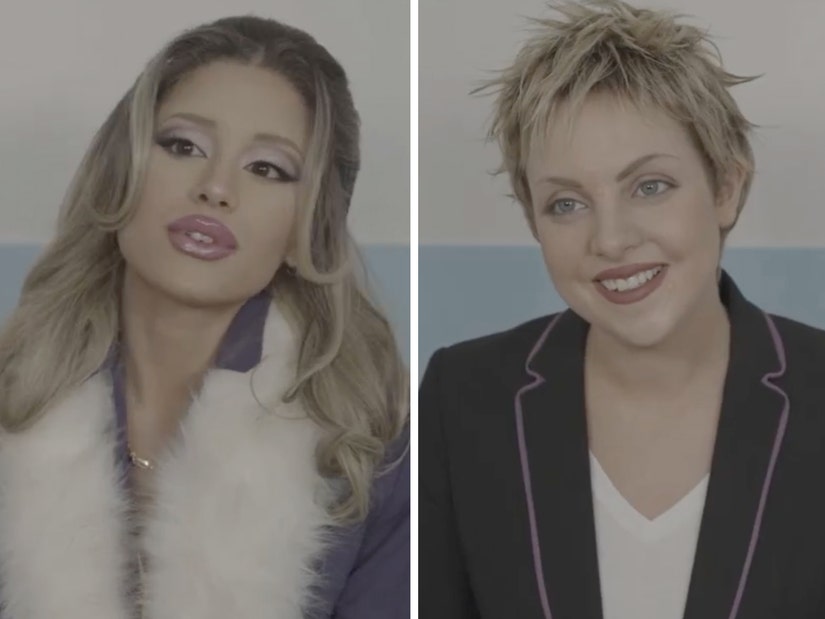 "Best in Show" stars Jennifer Coolidge and Jane Lynch were among the celebrities who reacted to Grande and Gillies' epic recreations.

The costume contest is over -- Ariana Grande and Liz Gillies have won "best in show" for Halloween 2022.

On Friday, the 29-year-old "Victorious" co-stars shared a joint Instagram post that featured photos and videos of themselves transformed into characters from the 2000 mockumentary comedy, "Best in Show." As shown in the images and footage, Ariana and Liz rock epic costumes and recreate scenes from the film -- and their performances were spot-on.

"Happy Halloween. We did this in May," Liz captioned the post, below.

"Best in Show" -- which is directed by Christopher Guest and co-written by Guest and Eugene Levy -- centers on a group of dog owners who travel to a prestigious dog show, and enter their canines to compete, with the film also giving an inside look into the competitive world of dog shows. The movie stars Jennifer Coolidge, Jane Lynch, Catherine O'Hara, Larry Miller, Parker Posey, Linda Kash, Levy and more.

In Grande and Gillies' hilarious videos, they recreated several scenes, transforming into three different characters, with the two donning wigs and prosthetics in addition to wearing costumes. As shown in the clips, Grande portrayed characters played by Coolidge, Levy and Kash in the film, while Gillies can be seen stepping into roles that were played by Lynch, O'Hara and Miller in the movie.

Meanwhile, many celebrities reacted to Grande and Gillies' post, including "Best in Show" stars Coolidge and Lynch.

"This is f---ng great. I was gonna go as the young boy's pet weasel from 'The Watcher' but now I think I'm gonna go as @arianagrande's dog Toulouse 😉," commented Coolidge, who also shared the message on her Instagram Stories, which Grande reposted.

Lynch shared a photo on Instagram that featured a side-by-side comparison of her and Coolidge's characters alongside Grande and Gillies' recreation -- and the resemblance is uncanny. "This happened today. 🐩🏆💗," she captioned the post.

Dan Levy -- who, of course, is the son of Eugene Levy -- also reshared the clip of Grande and Gillies portraying his dad and O'Hara, respectively, on his Instagram Stories, and wrote, "deceased."

Grande and Gillies received praise from stars and fans alike in the comments section of the Instagram post, with some declaring that the two "won Halloween."

Katy Perry commented, "can this get nominated." JoJo wrote, "this is the best thing I’ve ever watched on Instagram and I am UNWELL 🤒 LOVE. U. BOTH. So much."

"You are iconic bitchhhh @lizgillz," added Keke Palmer, while Grande and Gillie's "Victorious" co-star, Victoria Justice, said, "😂😂😂 this is amazing 👏🏼."

"This is f---ing brilliant, you guys win Halloween forever," Rumer Willis wrote. Grande's brother, Frankie Grande shared a similar sentiment, commenting, "This is THE GREATEST thing I've ever seen in my ENTIRE LIFE! Y'all won HALLOWEEN!!!!!!!! HANDS DOWN!."

And we definitely agree.