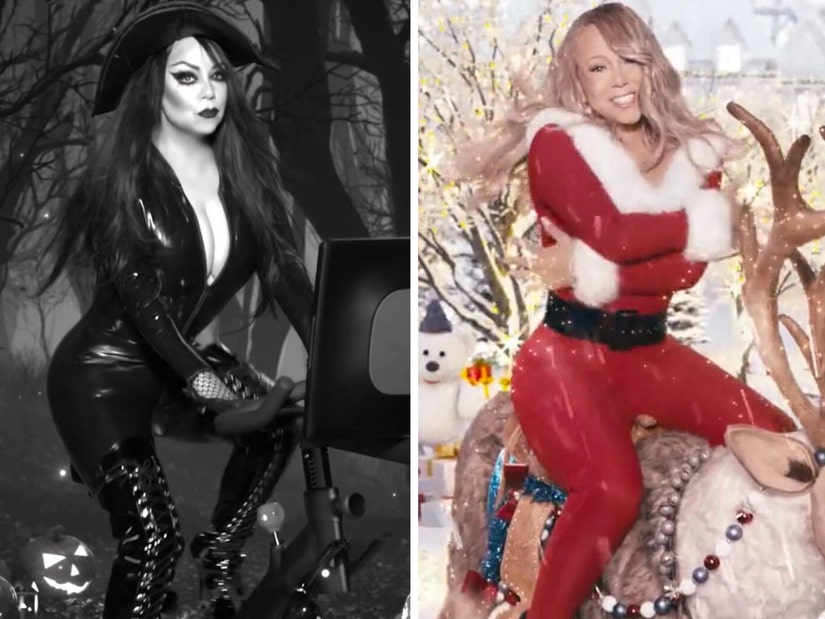 Ready or not...the "All I Want For Christmas Is You" singer says it's "MariahSZN"

It's November 1 -- and the Queen of Christmas has arrived.

As the clock struck midnight on Halloween on the East Coast, "All I Want For Christmas Is You" singer Mariah Carey shared a video on social media to kick off the holiday season, or, as she calls it, "MariahSZN."

In the fun clip Carey can first be seen in Halloween mode, rocking a black, body-hugging jumpsuit, black leather tie-up thigh-high boots, black hair and black witch's hat as she rides an exercise bike. The pop diva is surrounded by pumpkins and trees -- and the footage is in black and white.

She then cackled like a witch, before a calendar appeared on the screen, showing the date as November 1. At the same time, the video -- and Carey -- transitioned into holiday mode.  The background was full of holiday decorations, the Grammy winner's outfit turned into a red Santa jumpsuit, and the workout bike became a reindeer.

Carey then can be heard singing, "It's time," ending on her famous whistle note. She cheered and "All I Want For Christmas Is You" started playing. 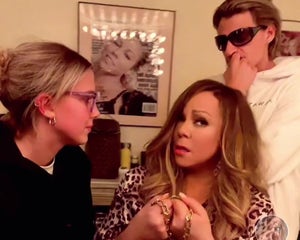 Following her tradition, Carey posted a similar video last year, declaring the end of Halloween at midnight on November 1. Carey did the same in 2020 and in 2019, she dropped a 25th-anniversary version of her "All I Want for Christmas Is You" music video.

According to PopCrave, by Tuesday morning, "All I Want For Christmas Is You" had already re-entered the Top 100 list on iTunes in the US.