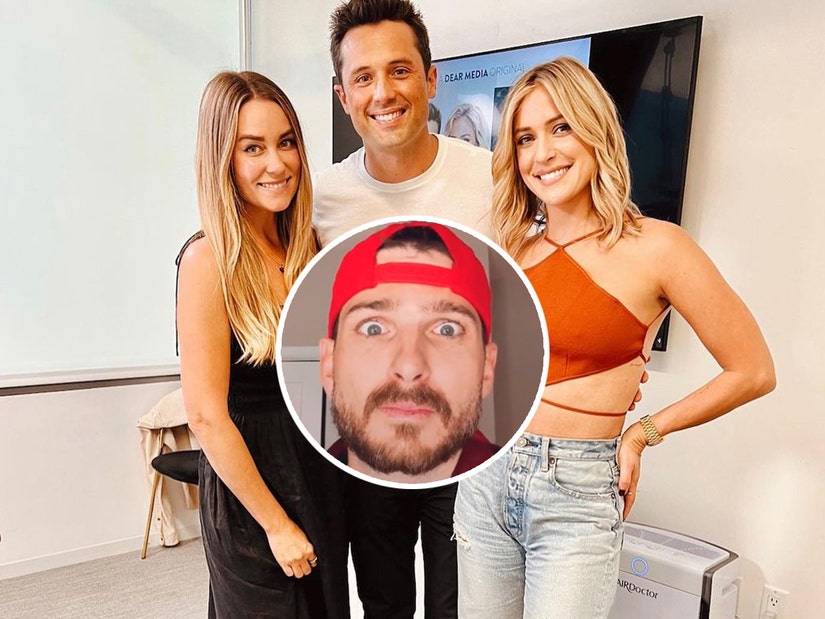 "We all were!" exclaimed Cavallari during the pair's reunion.

"Laguna Beach" costar Talan Torriero is reacting to Lauren Conrad and Kristin Cavallari's dual reveal that they hooked up with him back in the day during their podcast reunion this week.

In a pair of videos posted to TikTok on Tuesday, Torriero shared his surprise over the revelation, which was made during an interview on Cavallari and Stephen Colletti's Back to the Beach podcast.

The first video showed him getting wide-eyed and shaking his head along to video of Conrad's kiss-and-tell moment. In the comments, a fan wrote, "Finally the king gets the recognition he deserves!" -- getting a laughing emoji out of Torriero.

In his second video, he sings along to Taylor Swift's "Anti-Hero" -- specifically, the lyrics, "It's me, hi, I'm the problem it's me."

The surprising admission came out while Cavallari, Conrad and Colletti talked about the show's central love triangle -- and why things were never as dramatic as they seemed on MTV.

"My take on it is, you and I never really had any beef. Really. I mean, obviously there was, like, a little truth to what happened with the three of us. But I felt like MTV coming kept it alive and made it way worse than it ever would have been," said Cavallari.

While Conrad admitted the two definitely weren't "best friends," most of the drama between them had already been hashed out before they started filming. "We got into it and then made up," she said, "I mean, we had an issue with each other. But it had been squashed! They ran with it. It made for an interesting show."

Lauren also said the show made it look like she was "creepily watching" Stephen and Kristin's relationship, which she felt was "kind of embarrassing." Adding that she was dating people herself at the time, it never made it on camera because production "didn't want me to have anything else."

"This is terrible, but honestly, I was hooking up with [costar Talan Torriero]," Lauren also admitted -- before Kristin added, "We all were!"

That, of course, didn't make it on air either -- with Conrad saying production didn't "care."