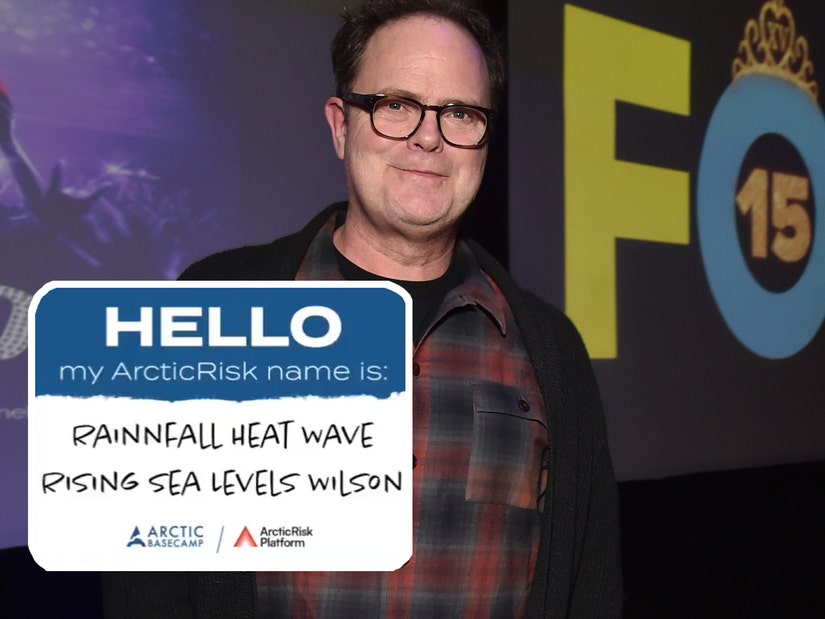 He also suggested other celebs change their names, such as "Cardi the Arctic B is Melting", "Amy Poehler Bears Are Endangered" and "Leonardo Di-Polar Ice Caprio Are Melting,"

The 56-year-old actor posted a video on his Twitter and Instagram accounts in which he stressed the importance of highlighting the growing climate crisis, specifically the "global risks of Arctic weather change." 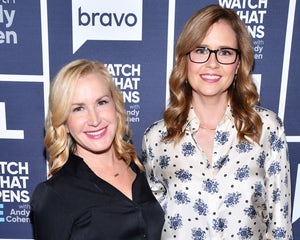 "Hi there. I'm Rainn Wilson, or should I say 'Rainnfall Heat Wave Rising Sea Levels and We Have to Do Something About It Now Wilson,'" Wilson began in the clip, which comes amid the United Nations climate change conference COP27 in Egypt. "Sorry to get so dark, so quick. You see what happens in the Arctic, doesn't stay in the Arctic. As the polar ice caps melt it drives up risk throughout the world, including extreme weather events that affect all of us."

"So as a cheap little stunt to help save planet Earth, I've changed my name on my Twitter, Instagram and even on my fancy writing paper," he continued, showing a personalized cardstock with his legal name on it. However, he added a few words with a pen, so his name now read: "Acid Rainn Kills Trees Wilson."

The "Weird: The Al Yankovic Story" star -- who is a board member of Arctic Basecamp -- shared that he used their "game chang[ing]" Arctic Risk Name Generator.

"Our mission at Arctic Basecamp is to raise awareness of the global risks of Arctic weather change," he said. "It's not just bad news for the Arctic but for us too, and you should too, to help the world leaders and influencers that we need to act now." 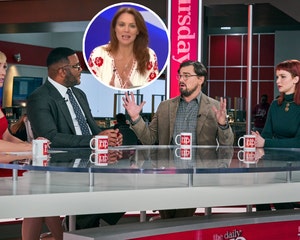 Go to link in bio ⬆️ and create a name that will bring attention to this problem. Then - and this is the important part - change your social media profile or display name to match your new ArcticRisk name.

In addition to urging his fans to use the name generator to raise awareness, Wilson suggested that celebrities -- such as Cardi B, Amy Poehler and Leonardo DiCaprio -- can get involved as well, noting that their Arctic Risk names could be "Cardi the Arctic B is Melting", "Amy Poehler Bears Are Endangered" and "Leonardo Di-Polar Ice Caprio Are Melting," respectively.

Meanwhile, in another statement, per Deadline, Wilson revealed that he has changed his name to "Rainnfall Heat Wave Extreme Winter Wilson."

"With the help of my scientist friends at Arctic Basecamp, I've changed my name to 'Rainnfall Heat Wave Extreme Winter Wilson'," he explained. "This is not a joke, I'm as serious as the melting Arctic, which amplifies global risks including extreme weather events around the globe,” said Wilson in a video address posted on the social networks by Arctic Basecamp.

"I'm hoping this name change brings attention to this growing… er, melting issue. We need world leaders at COP27 to take notice and take action," he continued. "The Arctic is melting at millions of litres per second, yet this problem can’t seem to make a name for itself, so it’s up to us to make a name for it."

Like in his own video, Wilson told his followers to head to ArcticRiskName.org and create a name that will bring attention to this problem."

P.S.
THEY WON’T LET ME CHANGE MY NAME BECAUSE, ELON!https://t.co/K1JfH3y3nc

"If enough of us do this, then maybe COP27 will be where our world leaders sit up and notice Arctic risks and introduce a solution," he said.

While Wilson changed his display name -- not his handle -- to "Rainnfall Heat Wave Extreme Winter Wilson" on Instagram, it appears that he wasn't able to do the same on Twitter.

He called out new -- and controversial -- Twitter CEO Elon Musk tweeting, "P.S.  THEY WON’T LET ME CHANGE MY NAME BECAUSE, ELON!"

Meanwhile, Wilson's name change was met with some criticism online. However, the "Super" star later seemingly poked fun at critics with a hilarious tweet.

"I'm actually changing my name to 'Nn,'" he quipped.