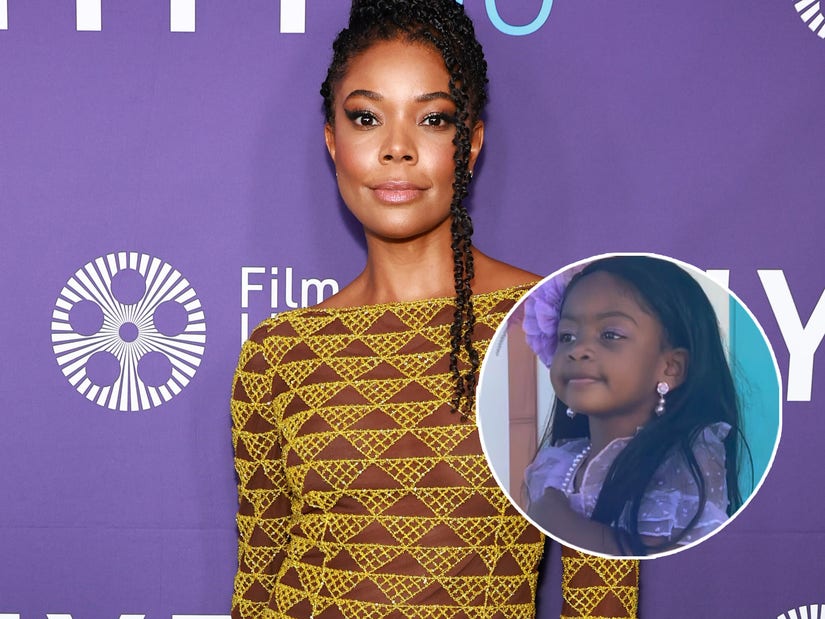 And, yes, Wade dressed up as Bruno.

For the soiree, the adorable tot dressed up as the golden child Isabela, who has magical flower powers in the animated film. The child was dressed to the nines in a purple dress, Isabela wig, and purple flower hair accessory. She even had matching purple makeup!

According to Union's Instagram post, Kaavia "insisted" on having an "Encanto" birthday party once the family returned from a trip to Africa ... and boy did they deliver.

The "Bring it On" actress posted an incredibly cute video showcasing Kaavia's outfit, as the birthday girl stood in front of her guests against a floral background. The clip also highlighted the child's giant cake and just how much she was feeling herself in her costume.

Kaavia was not alone in her costume, either.

The "Cheaper by the Dozen" actress dressed as Isabela's cousin -- and magical healer -- Dolores. And while we shouldn't talk about Dwyane's getup, he went as Bruno -- as other family and friends dressed as Pepa and Mirabel herself.

"Hair flip on point! Happiest of birthdays!" wrote Lin-Manuel Miranda, who did the soundtrack for the Disney film.

"When we do #Encanto we do Encanto. We don’t talk about Bruno but we DO talk about Isabela. As if. #ShadyBaby #ToddlerLife," Union captioned the family post.