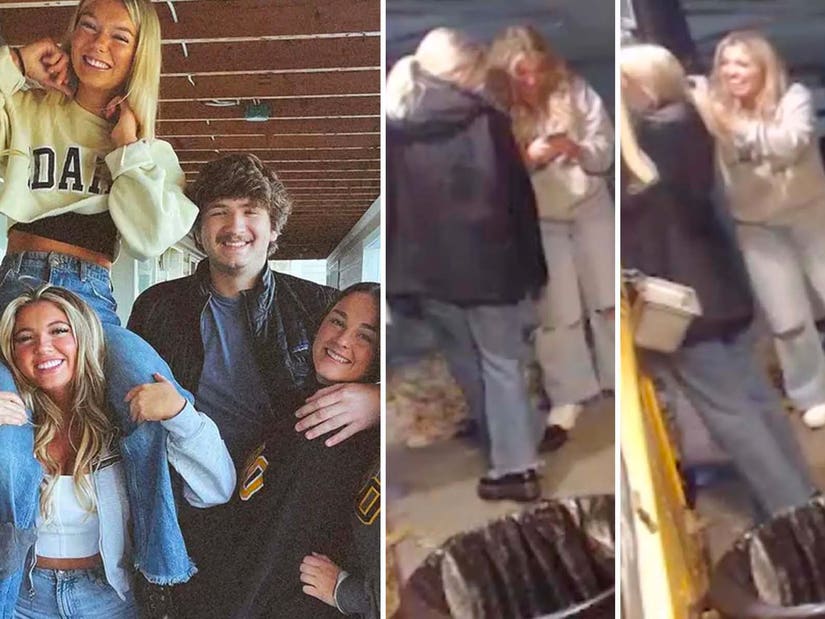 Police said footage of two victims at a food truck has helped put together a timeline of their movements before they were killed.

In a press conference on Wednesday afternoon, authorities confirmed two other roommates were home at the time of the killings, but were not injured or held hostage. The four victims were presumably murdered "sometime in the early morning hours" on Sunday -- after Chapin and Kernodle returned from a party and Mogen and Goncalves returned from a bar.

Authorities also said during the press conference that the food truck footage below of two of the victims was helpful in putting together a timeline of their movements before their murders.

No other details were revealed about the two other roommates, but the pair have been cooperative. Police have not identified any suspects or who called 9-1-1. Authorities also confirmed the door was open when they arrived on the scene and there was no sign of forced entry.

As authorities work to establish a timeline leading up to the shocking murders of four University of Idaho students at an off-campus home, video has surfaced showing two of the victims in the hours shortly before their deaths.

Madison Mogen and Kaylee Goncalves, both 21 and best friends, were spotted ordering food in a live video shared to the GrubTrucker's Twitch page early Sunday morning. The two are seen placing an order for a carbonara dish, before greeting some friends, taking photos of one another and waiting for their food before walking off as a pair.

Twitch video from a Moscow food truck shows who appears to be two victims, Madison Mogen and Kaylee Goncalves, just hours before the slayings. @KHQLocalNews pic.twitter.com/vf4LpWEGeb

According to Latah County Prosecutor Bill Thompson (via AP), Moscow, Idaho police are reviewing the video and "in the process of identifying the other people who were there and what sort of contact did they have."

Just before noon on Sunday, authorities responded to a call to an off-campus home for "an unconscious individual" -- but when they arrived, they found four dead bodies. They were later identified as Mogen, Gonvalves, Ethan Chapin, 20 and Xana Kernodle, 20. All four were students and part of Greek life on campus. No suspect has been apprehended at this time.

While no weapons were found at the scene, authorities believe "an edged weapon such as a knife was used" in the attacks. They also believe it was "an isolated, targeted attack and there is no imminent threat to the community at large."

"Investigators are continuing to work diligently on establishing a timeline of relevant events to re-create the victims’ activities on the evening of November 12 and early morning of November 13, following all leads and identifying persons of interest," Moscow PD announced Tuesday. 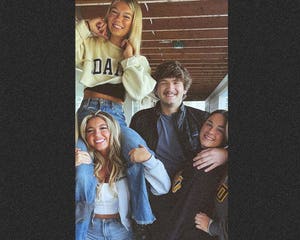 In new crime scene photos published by Fox News Digital on Wednesday, blood can be seen dripping from the first floor bedroom on the outside of the home. "It was very bloody scene inside," an officer told the outlet.

A press conference is scheduled for later today, but the parents of at least one of the victims has criticized both the school and local police for not being forthcoming with intel.

"There is a lack of information from the University of Idaho and the local police, which only fuels false rumors and innuendo in the press and social media," Jim Chapin, Ethan's father, said in the statement to CNN. "The silence further compounds our family's agony after our son's murder. For Ethan and his three dear friends slain in Moscow, Idaho, and all of our families, I urge officials to speak the truth, share what they know, find the assailant, and protect the greater community."

Police, however, say they "continue to be steadfastly committed to ensuring the safety of our community. We want answers and deeply desire to see this case solved thoroughly and quickly and to bring justice for Ethan, Madison, Xana and Kaylee and their families."

"We owe it to them, their families, and this community to do all that we can do and do it well," they added.