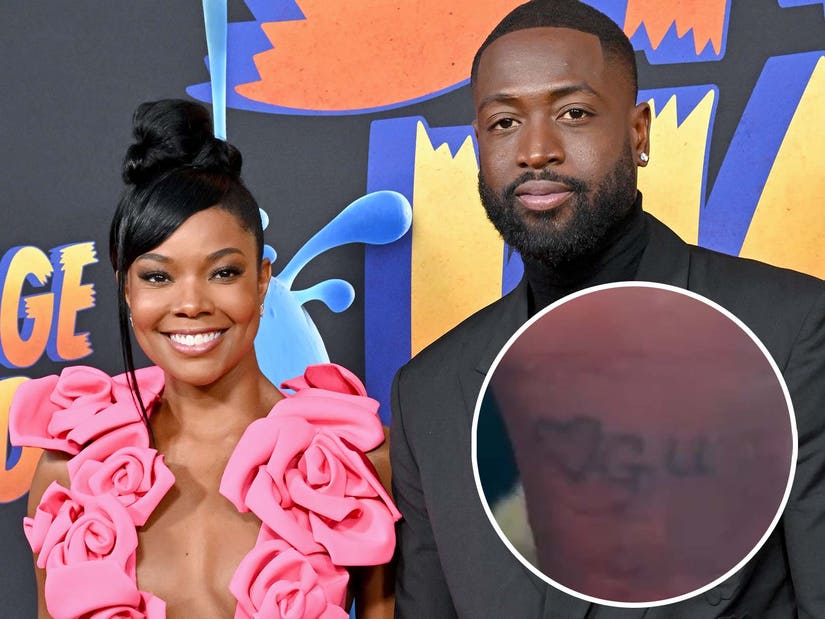 During an appearance on "Live with Kelly and Ryan," the 50-year-old "Bring It On" actress opened up about her husband's new ink and the superstitious meaning behind it. Union revealed that the former basketball player got a tattoo of her initials "GU" next to the heart that was already on his wrist.

"He's like, 'I want us to work so I'm only getting your initials. I'm getting it super small,'" she told the daytime television hosts.

Union explained that the size of the ink stems from a "running joke" between her family members. She shared that the gag was in reference to her  "former spouse" NFL player Chris Howard who went under the needle and got a "very large" arm tattoo of her name in a "distinct font." Though Howard made her name a permanent addition to his body, the former couple inevitably parted ways in 2005 and later divorced.

"He's superstitious? He's afraid [that] if he gets the giant 'Gabrielle' you're doomed?" Ripa asked to which Union clarified, "He's like, 'I don't need to learn that lesson so Imma just go the opposite direction.'"

The "Inspection" star shared that some fans were "offended" by the tiny ink because they believed she was deserving of a much bigger "homage."

Union documented the moment Wade made her initials permanent and posted the short clip on Instagram. In the video, she is featured beaming and kissing her husband for the sweet gesture.

"The moment you find out your man has made you his 17th tattoo. @dwyanewade made his best bday surprise for #SouthAfrica WadeWorldTour2022 edition #Capetown Part 4," she captioned the post.

Though the couple met back in February 2007, they didn’t go public with their relationship until July 2010.  Gabrielle and Dwyane tied the knot four years later in August 2014. In addition to being mother to Kaavia, Gabrielle is also stepmom to Dwyane's kids Zaire, 20, Xavier, 9, and Zaya, 15 from previous marriages.