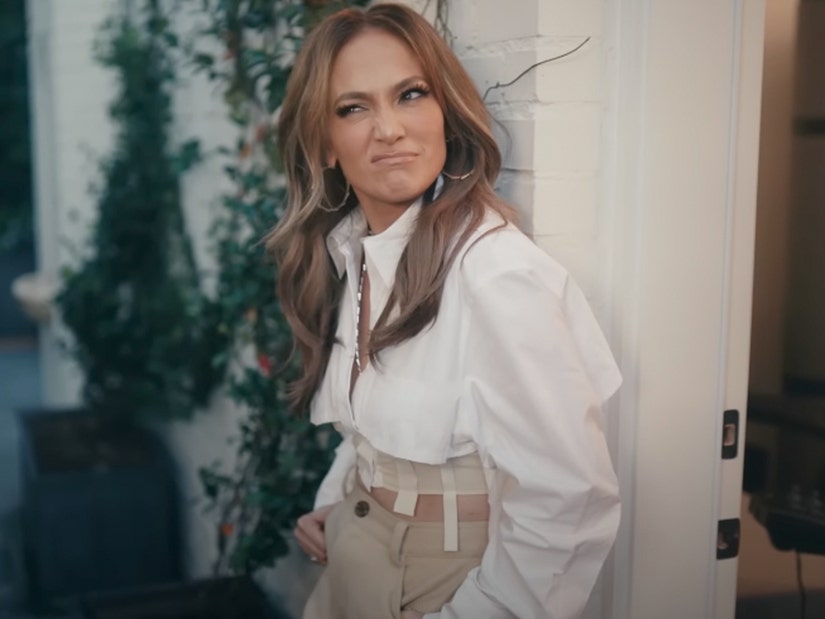 When asked which of her movies she'd most want to make a sequel to, she didn't hesitate to say "Gigli."

Jennifer Lopez is the latest star to open up her home to Vogue for the magazine's 73 Questions video, in which she was asked a series of questions covering both her personal and professional life.

After peppering her with queries about growing up in New York, her Broadway dreams and which role of hers she's most similar to -- "Selena," by the way -- J.Lo was asked which film she'd most love to make a sequel to. Without hesitating, and with a smirk on her face, she responded "Gigli," her box office bomb with now-husband Ben Affleck.

Ben came up again when asked who made her laugh the most between takes on a project and which of her songs on her 2002 album "This Is Me... Then," as she cited the track "Dear Ben," which, of course, is about Affleck.

While showing the publication around her stunning estate, Lopez also revealed she regrets turning down a role in "Unfaithful," called her work in "Hustlers" the most challenging of her career due to all the pole dancing and, when asked who she'd want to portray her in a movie, said, "She hasn't been born yet."

She also shared which performance she was most nervous about -- and, no, it wasn't the Super Bowl -- as well as her favorite music video from her storied career so far.

As for what she wants for Christmas this year, Lopez responded, "I have everything I want."