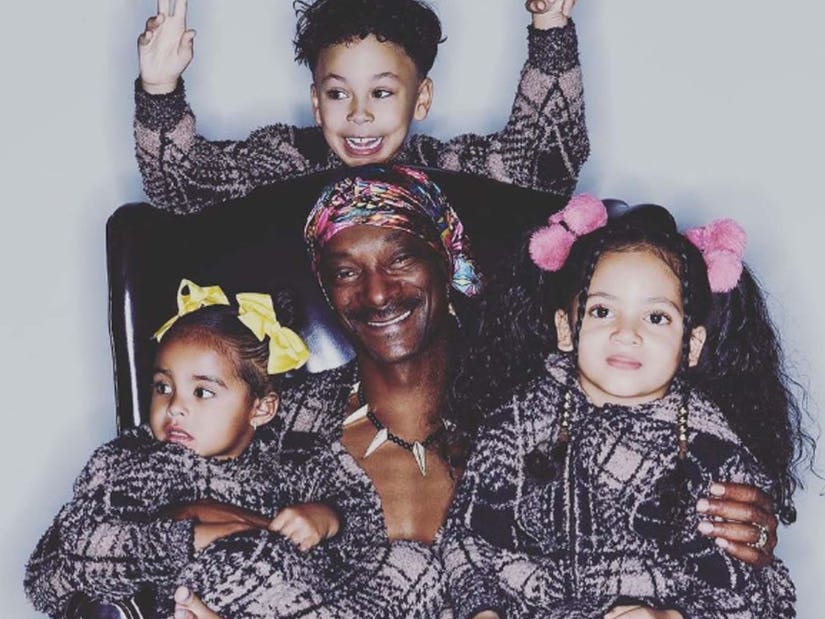 The campaign features Snoop, his wife, children and grandchildren

Snoop Dogg, his entire family and Kim Kardashian have given us the 2022 collaboration we never knew we needed!

On December 1, the 42-year-old SKIMS mogul announced she partnered with the "California Love" rapper to bring to life a holiday campaign that showcased three generations of the 16-time Grammy nominated artist’s family for the shapewear solution brand.

The campaign featured a photo of the hip-hop legend (born Calvin Cordozar Broadus Jr.) posing with his wife, children and grandchildren who were all dressed in matching plaid pajamas as a part of the brand's "cozy collection."

Introducing the SKIMS Holiday campaign, starring @SnoopDogg alongside his wife, children, and grandchildren. The cultural icon and three generations of his family are shot together for the first time, wearing our signature Cozy collection. pic.twitter.com/qXoczDtb0f

The SKIMS account took to Twitter to announce the legendary collab and captioned a series of photos that included rare pics of all of Snoop's grandchildren. "Introducing the SKIMS Holiday campaign, starring @SnoopDogg alongside his wife, children, and grandchildren," the account tweeted. "The cultural icon and three generations of his family are shot together for the first time, wearing our signature Cozy collection."

"I feel so blessed that three generations of my family were able to come together for the SKIMS Holiday campaign! It's the first time we've been featured in a campaign all together and we all loved the super soft, comfy outfits," said Snoop in a press release shared by HypeBae. "The Broadus family will definitely be wearing matching SKIMS this holiday season!"

The proud grandfather of five also took to Instagram to share the pics on his own page. He initially posted a photo of the entire tribe with the caption, "Three generations of the Broadus family for the @skims Holiday Campaign this year!"

He later took the opportunity to gush over a shot that featured him with his grandchildren, which he captioned "generations" followed by a series of emojis.