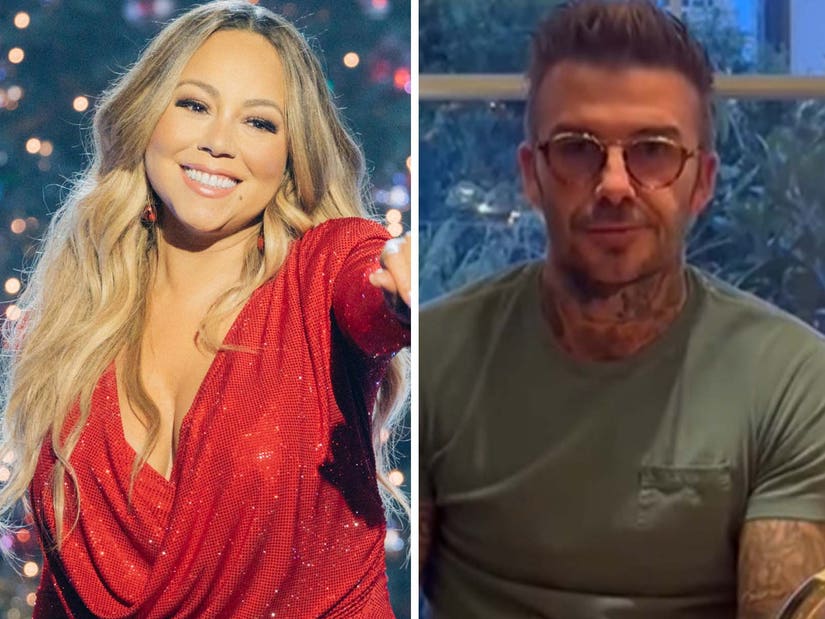 Beckham, unaware of being filmed, was caught singing along to the hit in a private moment

Queen of Christmas, Mariah Carey, has given David Beckham's version of her hit song "All I Want For Christmas Is You" her stamp of approval.

The 52-year-old singer praised the former pro-soccer player after his wife Victoria Beckham shared a video she stealthy recorded of him singing along to the festive smash hit.

"My new fave rendition 😂 love you guys! ❤️🎄❤️🎄" Carey wrote as she reposted the Spice Girl's video to her Instagram Story.

In Victoria's short home video, the 47-year-old athlete was sneakily captured singing the catchy tune while sipping his coffee and scrolling through his cell phone in the couple’s kitchen. When David struggled to reach the high note in the song, Victoria made her presence known and coughed, "You were struggling with the high note weren't you?!"

The Adidas spokesman quipped, "Like you do?!" before smiling and hitting a loud high-pitched "You" at the end of the song's iconic chorus.

Celebrity friends flocked to the comments to praise the Manchester United alum for his pipes.

"What can't he do? ❤️" Derek Blasberg gushed in his comment and Kelly Rowland wrote, "SINGGGGGGG DAVID!!!!!!"

"Southern Charm" star Cameran Eubanks expressed her gratitude, "Thank you for this gift," she said.