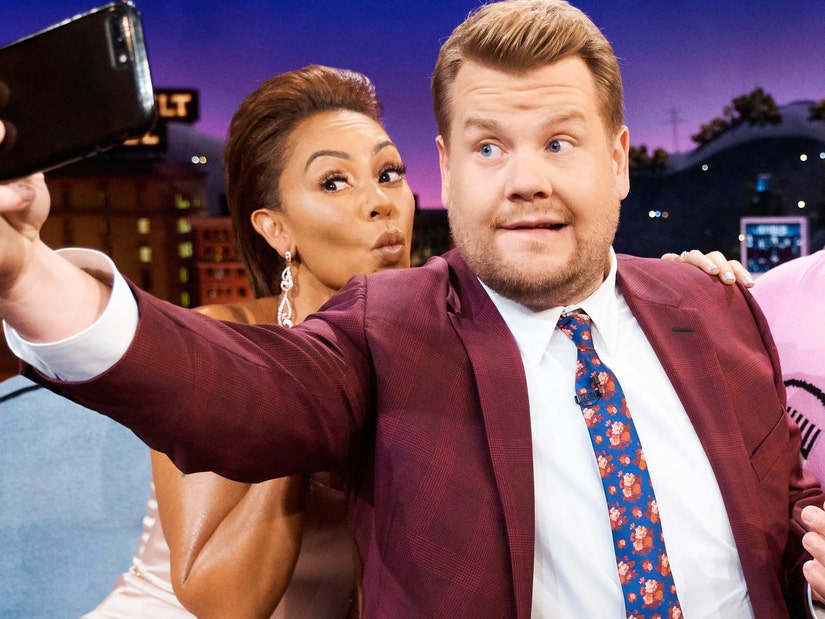 "He hasn't been very nice."

Mel B shared her spicy opinion of James Corden in a new interview, after the late night host was called out for his alleged behavior at a restaurant in October.

Appearing on The Big Narstie Show this week, the Spice Girl was asked to name the "biggest d---head celebrity you have met" -- and she did not hold back citing a few famous faces in Hollywood.

"So, there's a few. Well, there's James Corden, Geri Halliwell, Jessie J and me," said the singer -- who added that while she has love for Geri she also finds her "really f---ing annoying." She didn't elaborate on Jessie J, but Mel has called her an "overrated" singer in the past.

Speaking of Corden specifically, she then explained, "I think you always have to be nice to the people that you work with, whether it be production, camera guys, sound, lighting. We all work for the same thing, so you should always be nice and he wasn't, he hasn't been very nice."

She didn't go into any more detail on her alleged interactions with the fellow-Brit, but it's worth noting the singer did appear on Corden's show back in 2018 (photo above).

Mel's comments come after the owner of York City restaurant Balthazar called the late night host "the most abusive customer to my Balthazar servers since the restaurant opened 25 years ago" and claimed Corden berated a server, before the owner banned him from returning to the eatery.

Corden eventually addressed the alleged incident on his talk show, claiming his wife was allergic to a dish given to her.

"As her meal came wrong to the table the third time, in the heat of the moment, I made a sarcastic, rude comment about cooking it myself, and it is a comment I deeply regret," he shared on his show. "I understand the difficulties of being a server. I worked shifts at restaurants for years. I have such respect and I value anyone that does such a job, and the team at that restaurant are so great. That's why I love it there."

"I didn't shout or scream, like I didn't get up out of my seat. I didn't call anyone names or use derogatory language," he added. "I have been walking around thinking that I hadn't done anything wrong. But the truth is I have. I made a rude comment and it was wrong, and it was an unnecessary comment. It was ungracious to the server."