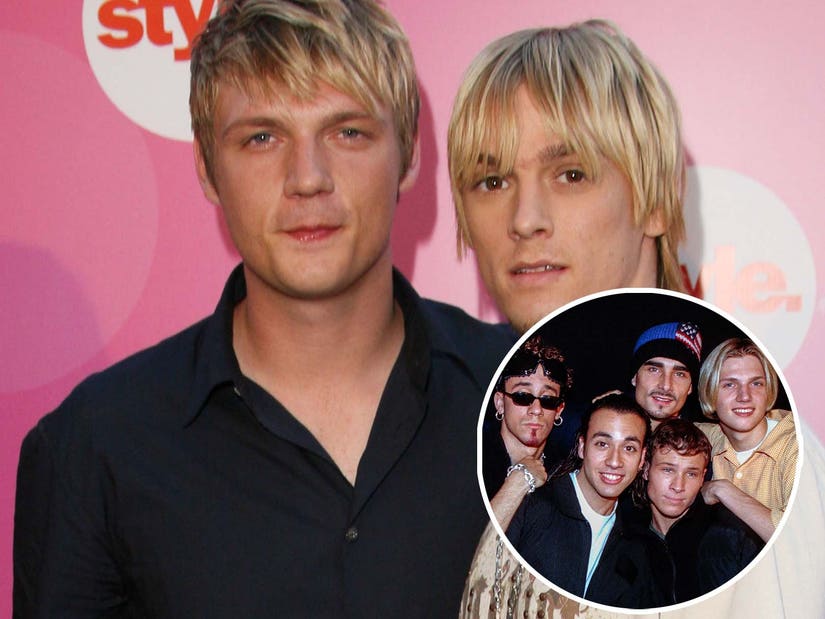 “It was very emotional for me, having my guys with me”

Nick Carter is revealing how much comfort he's received from his Backstreet Boys bandmates following the sudden death of his younger brother Aaron Carter.

The "Aaron's Party" singer was found dead at his home in Lancaster, California on November 5. He was just 34. On November 6, Nick soldiered on with a previously-scheduled performance with his boy band at the O2 Arena in London, where Kevin Richardson took the mic to pay tribute to Aaron.

"It was very emotional for me, having my guys with me," Nick told EXTRA, recalling what it felt like to go ahead with the performance.

"That night, it was tough to get up on stage. There's the old saying the show must go on, that's been with us for years, but that night, I didn't know what to expect, I didn't know what was going to come from it, getting on that stage," he said. "Getting the reaction from the fans, it was definitely comforting, and it meant a lot to me."

The rest of the band also said their fans are "the true heart and soul of the Backstreet Boys," as they all thanked the BSB army for their support.

The day after Aaron's death was reported, Nick took to Instagram to mourn the loss of his baby brother, sharing a carousel of photos of them growing up together.

"My heart is broken," he began in his caption. "Even though my brother and I have had a complicated relationship, my love for him has never ever faded. I have always held on to the hope that he would somehow, someday want to walk a healthy path and eventually find the help that he so desperately needed."

The 42-year-old former "Masked Singer" contestant acknowledged many may "want to blame someone or something for a loss, but the truth is that addiction and mental illness is the real villain here."

"I will miss my brother more than anyone will ever know. I love you Chizz. Now you can finally have the peace you could never find here on earth….God, Please take care of my baby brother," he concluded.

Aaron's twin sister Angel also weighed in with a tribute to her brother on Instagram and wrote, "To my twin... I loved you beyond measure. You will be missed dearly. My funny, sweet Aaron, I have so many memories of you and I, and I promise to cherish them. I know you’re at peace now. I will carry you with me until the day I die and get to see you again. 💔."