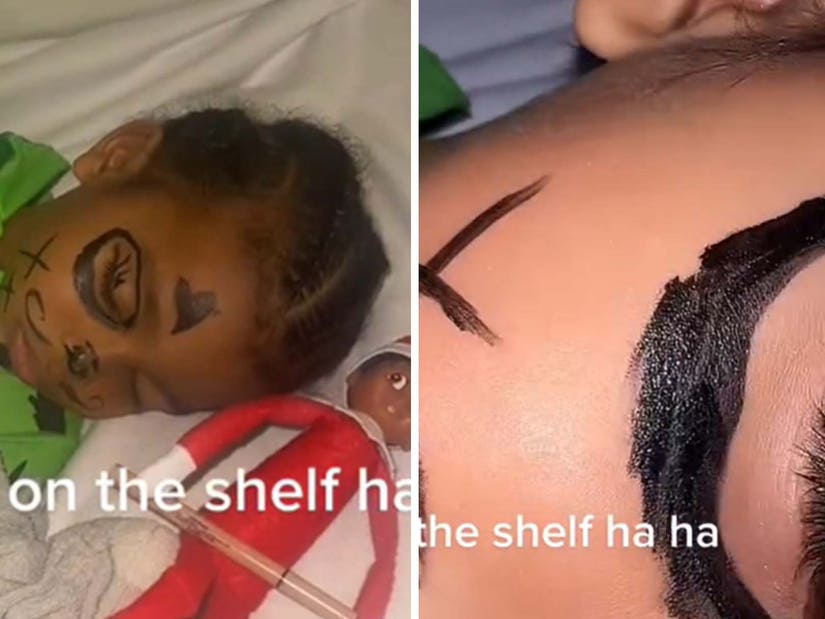 The preteen took the family tradition to the next level!

North West is the pranking queen of the Kardashian family!

In a hilarious video posted to her joint Tiktok account with her mother Kim Kardashian, the nine-year-old took part in the classic elf on the shelf tradition to prank her three-year-old brother Psalm West.

Taking a black KKW Beauty eyeliner pen, North drew on Psalm's face while he was sleeping cuddled up to a gray stuffed animal. "Elf on the shelf ha ha" she captioned the clip that featured her drawing a circle around her brother's eye, as well as hearts and x's on his forehead and cheeks. North then placed the stuffed elf doll beside him making it seem like it was responsible for the prank.

North is the eldest daughter of Kardashian and Kanye West. The former couple, whose divorce was finalized in November, also share Chicago, 4, and Saint, 6.

This isn't the first time North has pulled off a successful practical joke!

Earlier this week, North tricked the SKIMS mogul into thinking she shaved her eyebrows with a hilarious filter on the same video sharing platform.

The short clip featured North carrying a pink facial razor to Kardashian's bedroom where she was sound asleep. North then gently swept above "The Kardashians" star's eyebrows without actually shaving them. Finally, she shook her mother awake exclaiming, "Mom, wake up. Wake up."

Before Kim was able to come to her senses, North enabled a filter that dramatically thinned out her brows. After seeing her reflection on the phone, Kim yelled out, "North, this is not funny!" 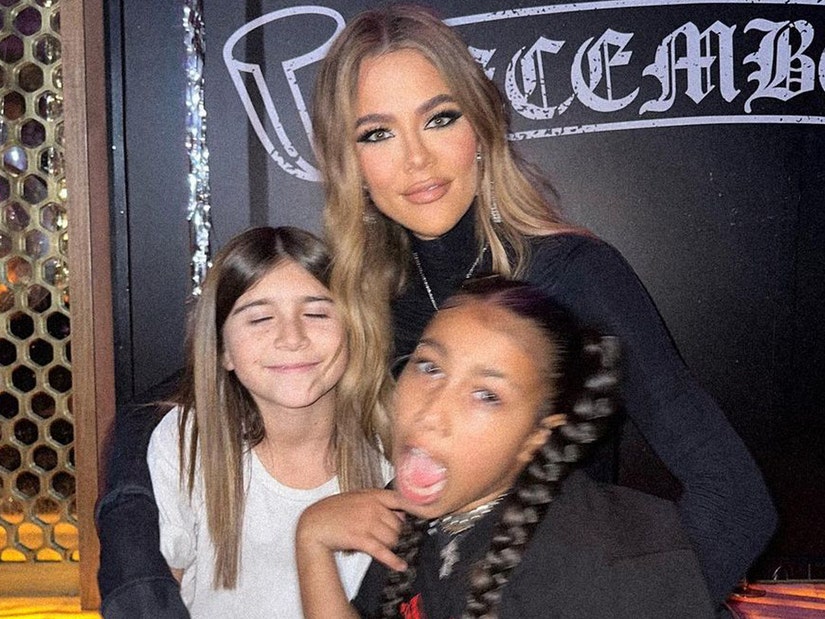