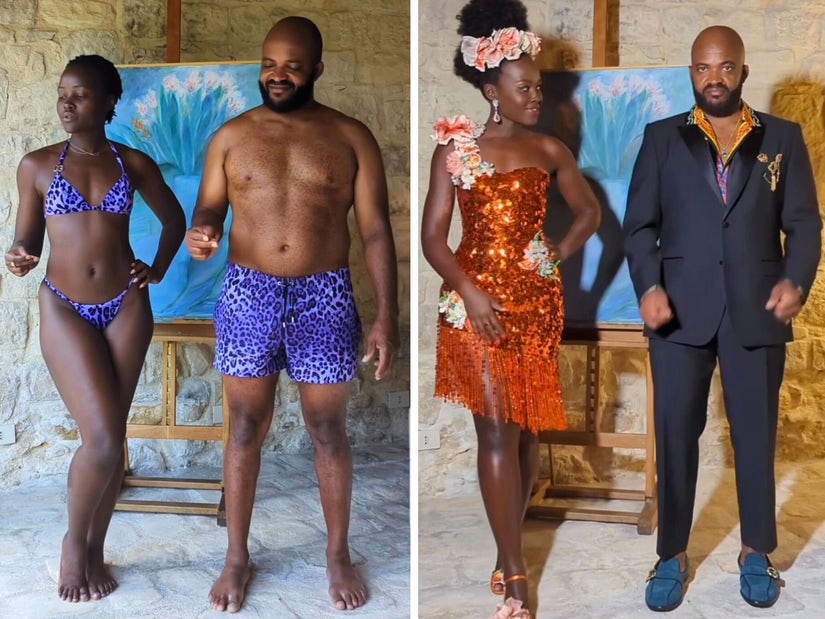 One of Masekela's tweets about Lupita from 2016 went viral after her reveal.

The video shows the two standing next to each other and snapping to the beat of "The King's Affirmation" from Iniko ft. Reuel Williams -- as they cycle through outfits ranging from matching bathrobes to cheetah-print swimsuits and red carpet-ready looks she previously showed off on her feed solo throughout the year.

Masekela has worked in the sports world for years, hosting ESPN's coverage of the X Games, before jumping over to NBC, VICE and HBO. In addition to being a musician, he also hosted The Daily 10 on E!. Professionally, he also goes by Sal Masekela.

He shared the same footage to his own Instagram page, adding, "Hearts are synched. My whole and actual love @lupitanyongo. ❤️❤️❤️ #outkickedthecoverage 😉"

It's unclear how long the two have been dating, but Nyong'o was photographed with Masekela back in March at an event for the launch of an African surf shop in Venice, California. He also attended the "Black Panther" premiere in October.

Not Selema speaking him & Lupita into existence. Love it https://t.co/oMwDptbZGn pic.twitter.com/2XV7ubsuG9

After Lupita, 39, revealed her relationship with Selema, 51, on social media, it didn't take long for her fans to notice a tweet he sent out about shooting his shot with her way back in 2016.

At the time he wrote, "Anyone comes up with a good opener for me with Lupita Nyong'o, send em. Cause I'm really sittin' right behind her on this flight. #stumped."

Someone responded writing, "Say hello, wait for her to respond. Tell her you dad shouted her out at a performance & freestyle from there," referring to Masekela's father, South African musician Hugh Masekela. Selema replied by writing, "Yes!!! Well played. I will use this one. #playthedadcard"

It remains to be seen whether he ever followed through with that interaction, but it all worked out in the long run!