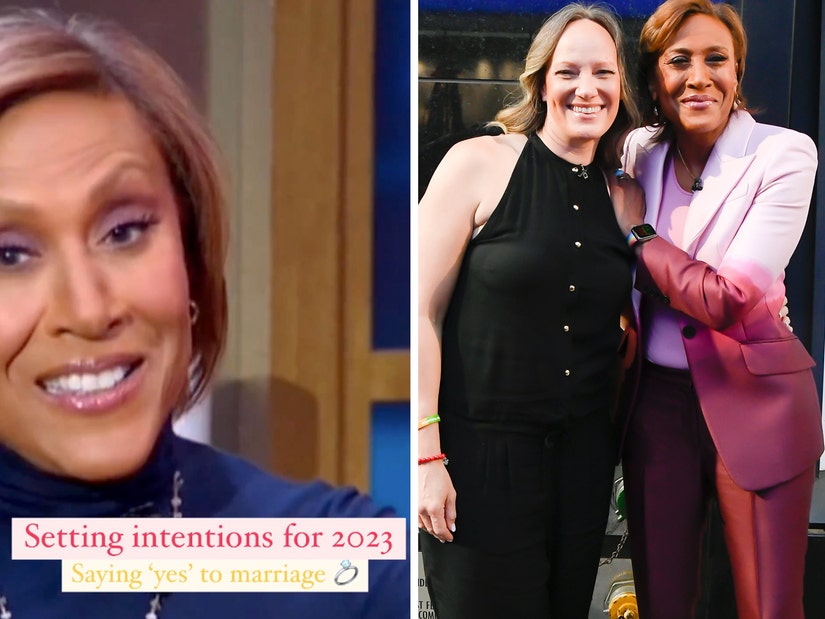 "I can't believe I just said that!"

The "Good Morning America" anchor confirmed in a surprise announcement on Monday morning that she and longtime partner Amber Laign will tie the knot later this year. The pair have been together since 2005, but have never revealed an engagement.

Roberts shared the news during an interview with author Gabby Bernstein, as the duo set their "intentions" for the new year. When asked what Roberts would be saying "yes" to in 2023, she paused for a moment before the big reveal.

"I don't have to think. I'm hesitating because I haven't said it out loud yet," she began, as her guest told her to "say it out loud" now.

"I'm saying yes to marriage! We're getting married this year," Roberts then revealed. "It's something we talked about, but we put it off, she became ill."

In February 2022, Roberts and Laign revealed Amber's diagnosis with breast cancer. She completed radiation therapy in July. Roberts also publicly battled breast cancer after her own diagnosis in 2007.

Looking ahead, Roberts said the pair are saying yes to marriage "and the next chapter" -- before adding, "I can't believe I just said that!"

After Bernstein told Roberts to make a vision board for the wedding, the reporter said she would be "meditating on the marriage, not the wedding" itself.

"Saying YES to marriage in 2023 💍 Always a joy to chat with @gabbybernstein ... she joined us LIVE with a manifestation challenge to realize your dreams in the new year," Roberts said on Instagram, sharing a clip of the impromptu announcement and adding the hashtags #marriage #manifestation and #loveislove.

Loni Love was one of the many sending their congratulations in the comments, writing, "Come through!!!!! Congratulations.. I'll be the flower girl!!!!"