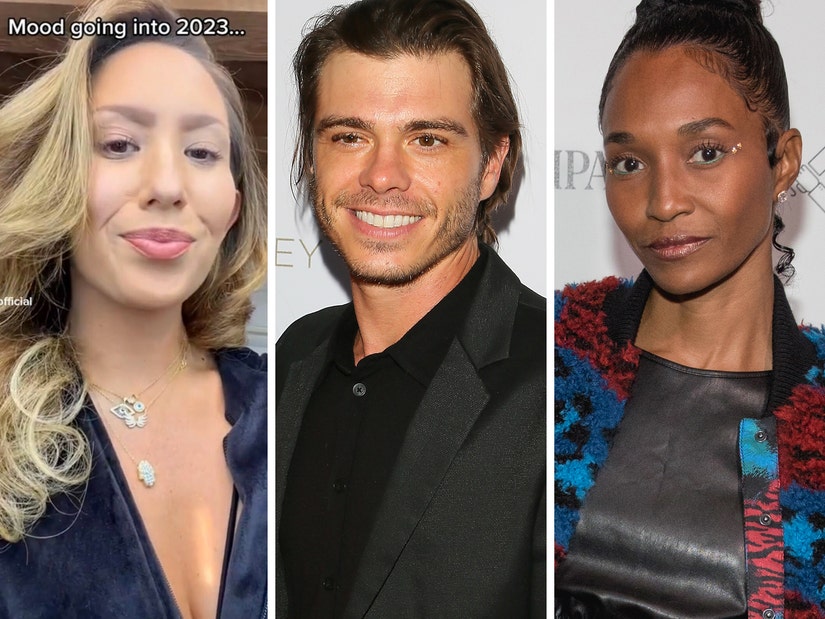 The "Boy Meets World" star and singer made things Instagram official over the weekend when Lawrence shared a video of him and his girlfriend dancing in matching onesies to A-ha's "Take on Me." He captioned the clip "#newyearsshenanigans #onesiegang #wecute."

Her rep later confirmed the relationship to TMZ, saying they moved past "the friendship phase" around Thanksgiving and spent the holidays together. They were first seen together back in August 2022, hitting the beach in Waikiki.

While Burke didn't refer to her ex at all, she made it clear she's "feeling alright" in a TikTok video posted to her page on Tuesday, following the confirmation.

"Mood…🤍 #mood #2023 #causeimgood," she captioned the footage, which showed her flipping her hair and spraying herself with perfume.

On her Instagram Story Tuesday she also posted the words "That was fast" ... again with no direct reference to her ex.

Over the weekend, she also reflected on 2022 -- which saw the end of her marriage to Lawrence -- and looked ahead to the new year.

"I made it through the year that did everything it could to try and break me, and there were a lot of moments where I thought I would break, but here I AM," she wrote. "2022 was a year filled with the most ups, downs & heartbreak (if I'm being honest) that I have ever experienced, but I wouldn't be who or where I am today without those life experiences."

Burke and Lawrence first met back in 2006 when the latter's brother Joey Lawrence competed on Season 3 of the competitive reality series when Cheryl was a DWTS pro. The pair began their romance in 2007 and dated for a year before going their separate ways and eventually rekindling their relationship in 2017.

Burke and Lawrence tied the knot in May 2019 after getting engaged the year prior. She filed for divorce in February 2022, listing the date of separation at January 7.