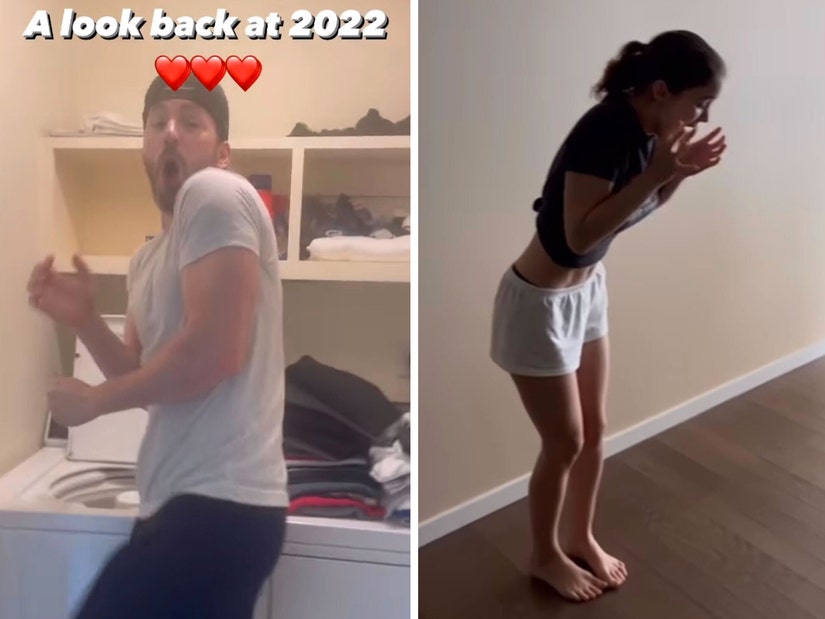 Chris Evans is known for his epic scare prank videos -- and his latest victim is none other than his girlfriend, Alba Baptista.

On Friday, the actor -- who is notably private about his love life -- shared a video on his Instagram Stories that featured a compilation of clips of himself and Baptista scaring one another.

In the series of videos, Evans, 41, and Baptista, 25, can be seen randomly shouting out of nowhere to scare the other person, often popping out while the other enters a room or walks by. And their reactions were absolutely hilarious, with the "Avengers" star and the Portuguese actress yelping, cursing or laughing as their significant other gave them a fright.

Chris Evans and girlfriend Alba Baptiste scare each other in hilarious set of videos. ❤️ pic.twitter.com/EVfGkUEwjT

One particular scare resulted in Evans falling to the floor in laughter, while in another funny clip, Baptista can be seen preparing for the "The Gray Man" star to jump out at her. "Baby!" Evans yelled, to which Baptista yelped in response, before adding, "I knew it! I knew it!"

"A look back at 2022," Evans wrote on top of the compilation video, adding three heart emojis.

The post appears to mark the first time Evans has publicly acknowledged his romance with Baptista.

In November, People reported that Evans and Baptista were dating, with a source telling the outlet at the time that they've been seeing each other "for over a year and it's serious."

"They are in love and Chris has never been happier," the insider said. "His family and friends all adore her."