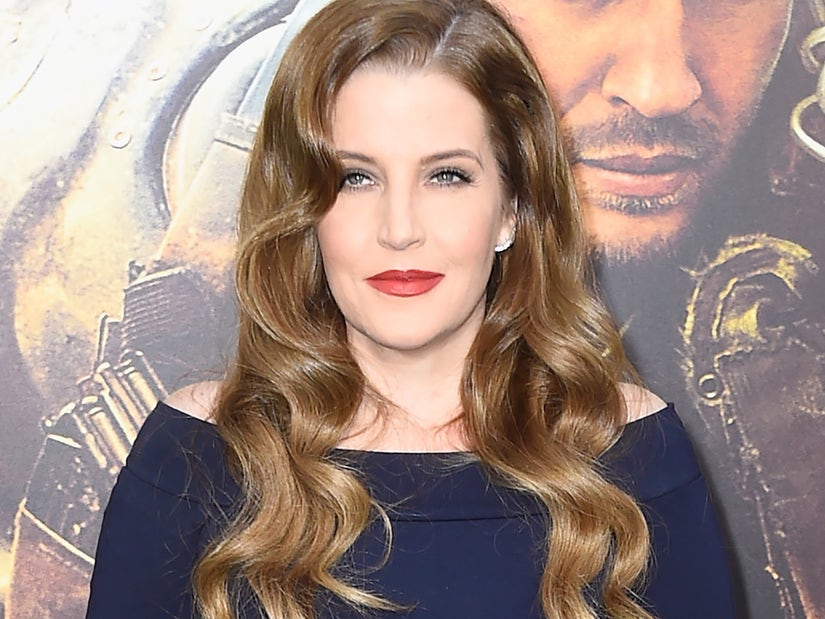 Lisa Marie Presley, the only daughter of Elvis and Priscilla Presley, has died after suffering cardiac arrest Thursday morning. She was 54.

The outlet also reported her housekeeper was the one who found her unresponsive, while her ex-husband Danny Keough started performing CPR on her until paramedics arrived and she was rushed to the hospital.

Presley is survived by her three children — including twin daughters Harper and Finley, 14, and actress Riley Keough — and her mother Priscilla; she had a son Benjamin, who died in 2020.

Priscilla confirmed the tragic news in a statement to TMZ: "It is with a heavy heart that I must share the devastating news that my beautiful daughter Lisa Marie has left us."

"She was the most passionate strong and loving woman I have ever known. We ask for privacy as we try to deal with this profound loss. Thank you for the love and prayers. At this time there will be no further comment."

In a statement received by The Hollywood Reporter, ex-husband Nicolas Cage said, "This is devastating news. Lisa had the greatest laugh of anyone I ever met. She lit up every room, and I am heartbroken. I find some solace believing she is reunited with her son Benjamin."

Rita Wilson, who'd spent time with the Presleys during the promotional tour for "Elvis" alongside husband Tom Hanks, penned a lengthy and beautiful tribute, sharing that she and her husband's "hearts are broken with the sudden and shocking passing of Lisa Marie Presley tonight."

"Lisa Marie was so honest and direct, vulnerable, in a state of anticipation about the movie," she continued. "She spoke so eloquently about her father, what the movie meant to her, that it was a celebration of her dad."

She shared that Lisa Marie gave them a private tour of Graceland and encouraged everyone to go and listen to her music. "Riley, Harper, Finley , Danny and Priscilla. A mother should never have to lose a child," Rita continued. "Lisa Marie lost her precious son Benjamin, Priscilla loses her only daughter. It’s too much."

Linda Thompson, who dated Elvis from 1972 to 1976 shared a heartbreaking snap of the King with his daughter, captioning it, "My heart is too heavy for words." She had previously shared a carousel of pics from their time together.

Baz Luhrmann, who directed the 2022 movie "Elvis," mourned Presley's passing on Instagram. Alongside a photo of the film's star Austin Butler and Presley, Luhrmann wrote, "Over the last year, the entire Elvis movie family and I have felt the privilege of Lisa Marie’s kind embrace. Her sudden, shocking loss has devastated people all around the world. I know her fans everywhere join me in sharing prayers of love and support with her mother, Priscilla, and her wonderful daughters Riley, Finley and Harper. Lisa Marie, we will miss your warmth, your smile, your love."

Billy Corgan, frontman for Smashing Pumpkins and a longtime friend of Lisa Marie, wrote, "There is heartbreak and then there is sorrow. This would be sorrow and on more levels than I can count."

Jennifer Tilly expressed her remorse with a tweet sharing that she had just been at Graceland on Wednesday. "So sad about Lisa Marie Presley," she wrote, sharing a story the guide told her about the late singer. "Rip sweet soul."

"I'm heartbroken over the passing of Lisa Marie Presley," tweeted Leah Remini. "She offered prayers to her mom and children, noting, "May she be at peace, resting with her son and father now."

Octavia Spencer shared her remorse, tweeting, "So sad we've lost another bright star," and sending her condolences to Presley's "loved ones and multitude of fans."

There is heartbreak and then there is sorrow. This would be sorrow and on more levels than I can count. Please send your prayers out for her family and children at this difficult time. I truly cannot find the words to express how sad this truly is. RIP @LisaPresley pic.twitter.com/Iac6b1gbIt

So sad about Lisa Marie Presley. Oddly I was just at Graceland yesterday and took this picture. The guide was telling us that sometimes she would have dinners in the dining room, and once she had a party for her friends in the plane named after her. Rip sweet soul.🕊️ pic.twitter.com/KvHOmgt31F

I’m heartbroken over the passing of Lisa Marie Presley.

Lisa did not have an easy life, as some might think.

May she be at peace, resting with her son and father now.

Her mom Priscilla and her three daughters, Riley, Finley, and Harper, are in my prayers. pic.twitter.com/7Sb0DFjbZH

So sad that we’ve lost another bright star in Lisa Marie Presley. My condolences to her loved ones and multitude of fans.

Corey Feldman shared his connection with Lisa Marie via Twitter, talking about how they "spent hours on the phone as she was divorcing [Michael Jackson]." He added, "Her son Ben was like a little brother to me, so much loss, so much tragedy in their family, my [heart] is with the Presleys."

"Lisa baby girl, I’m so sorry," John Travolta shared. "I’ll miss you but I know I’ll see you again. My love and heart goes out to Riley, Priscilla, Harper and Finley."

"Oh, this one hurts my heart," wrote P!nk, calling Lisa Marie "one of a kind, funny as s--- smart as a whip, sensitive, talented, witty, mean, loving, generous, judgmental but always right, loyal, and you adored your children." She went on to add, "My heart breaks for you and your beautiful family and your children. The world lost a rare gem today. May your soul rest in peace, friend. 💔"

"Abbott Elementary" star Sheryl Lee Ralph lamented, "I just was with her at the Golden Globes and now she's gone. Life is short. RIP."

LeAnn Rimes tweeted "how heartbreaking" Lisa Marie's passing is, adding, "I hope she is at peace in her dad's arms. My heart goes out to her family. Too much grief in just a couple of years."

Brian Wilson tweeted, "It's hard to take when someone so young and full of life passes on," expressing his sadness for her family with "Love & Mercy." Bette Midler also shared her "shock" and sadness at how young Lisa Marie was, tweeting, "So beautiful and only 54 years old; I can't actually comprehend it."

Charlie Daniels shared a pic of him with Lisa Marie, writing, "Mom and I are saddened to hear about the passing of Lisa Marie Presley. Our prayers are with her mother and her loved ones."

I just was with her at the Golden Globes and now she’s gone. Life is short. RIP pic.twitter.com/nQ93IKrUxW

lisa marie presley… how heartbreaking. i hope she is at peace in her dad’s arms. my heart goes out to her family. too much grief in just a couple of years. #riplisamarie #LisaMariePresley

It’s hard to take when someone so young and full of life passes on. I feel so bad about Lisa Marie and I wish the best for her children and her family. Love & Mercy, Brian pic.twitter.com/1yTTlDqPKv

Dear God, #LisaMariePresley has died; I’m in shock. So beautiful and only 54 years old; I can’t actually comprehend it.

Mom and I are saddened to hear about the passing of Lisa Marie Presley. Our prayers are with her mother and her loved ones. - CD, Jr. pic.twitter.com/6CZCXYPIXW

My deepest thoughts & condolences go out to the family / friends on the loss of @LisaPresley. #LisaMariePresley

Oh no. This is such horrible news. The entire world is sending love and prayers to Priscilla and Lisa Marie's children right now. May it give you stregnth.

So sad about Lisa Marie Presley.

I had the chance to know @Cilla_Presley when I was on Dancing With the Stars and as a mother, I can’t imagine the pain she must be going through with the untimely passing of Lisa Marie. I have the image of little Lisa Marie growing up. RIP Lisa Marie Presley

"Our deepest sympathies to the Presley Family. We are shocked and saddened by the tragic news and sudden passing of Lisa Marie, but take comfort in knowing she is at peace and reunited with her father and son." - Jerry Only & John Cafiero pic.twitter.com/Y38oreb0GL

Heartbreaking. 💔😢 Rest in peace Lisa Marie Presley, Daughter of Elvis and Priscilla, 54: 'The Most Strong and Loving Woman' ~ my heart goes out to her mother Priscilla, her children and family. ❤️🙏✨✨✨ She is with Benjamin and Elvis ✨ pic.twitter.com/4I6MzdAqbn

Just terrible to hear of the passing of Lisa Marie Presley, Elvis’ only child. My deepest condolences to her family. This is awful news and I am so sorry for Priscilla’s loss.

Rest In Peace, Lisa Marie. A sweet and gentle soul. We send our deepest, heartfelt condolences to Priscilla, Riley and her family and friends. Heartbreakingly sad. 🙏💔 pic.twitter.com/bRxg8tP6Rk

Sending all our love and prayers to @Cilla_Presley and her family. God bless Lisa Marie.