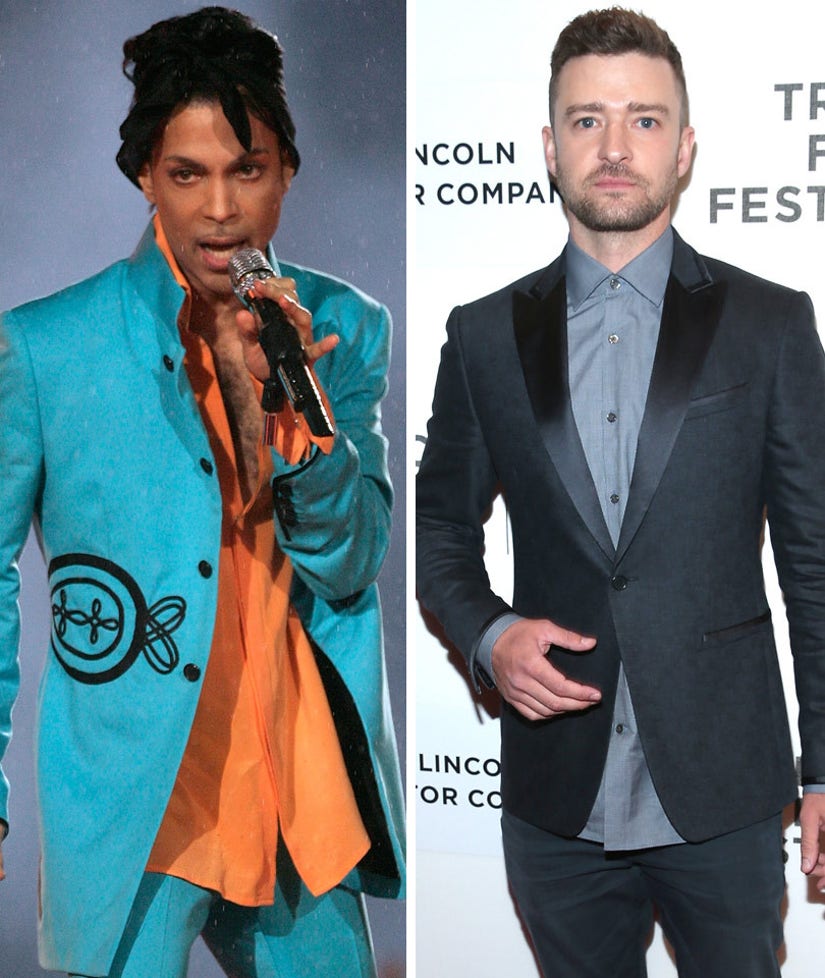 Justin Timberlake just took the time to share his own personal memories of Prince with all his fans.

Instead of the standard #RIPPrince tweets going around today, the former *NSYNC star posted a lengthy post on Instagram, along with a photo of the late legend, who passed away earlier today at the age of 57.

It's clear that Justin's time with the music great made a lasting impression on him -- as Timberlake shares his sadness with us all.

"It was Raspberry Beret. I was 4 years old. Yes, 4. I remember that I instantly loved it. 'Mommy, who is that singing?' Seems weird but it's true," he said of the moment he became a fan.

"More than a 'once in a lifetime' artist... Just a ONCE IN FOREVER ARTIST. I'm still in shock as I write this and I feel this overwhelming grief," he continues. "But, we should all turn away from that and HONOR this musician that changed all of our lives, our perspectives, our feeling, our whole being. From another planet? Probably. Royalty, for sure. Us worthy..? Laughable."

"They say don't meet your idols... That they let you down. But, some of my greatest, funniest (yes, he was hilarious), and most prolific encounters and conversations about music came from the moments that I spent with him," added Justin. "It would be silly to say that he has inspired our music... It's beyond that. He's somewhere within every song I've ever written."

"I am sad, but I will smile when I think of every second that I had the fortune of being in his company," he continued, in conclusion. "We have lost our greatest living musician. But his music will never die. Prince, NOTHING COMPARES... #RIPPrince."

He included a photo of the musician on stage, seen only in silhouette.