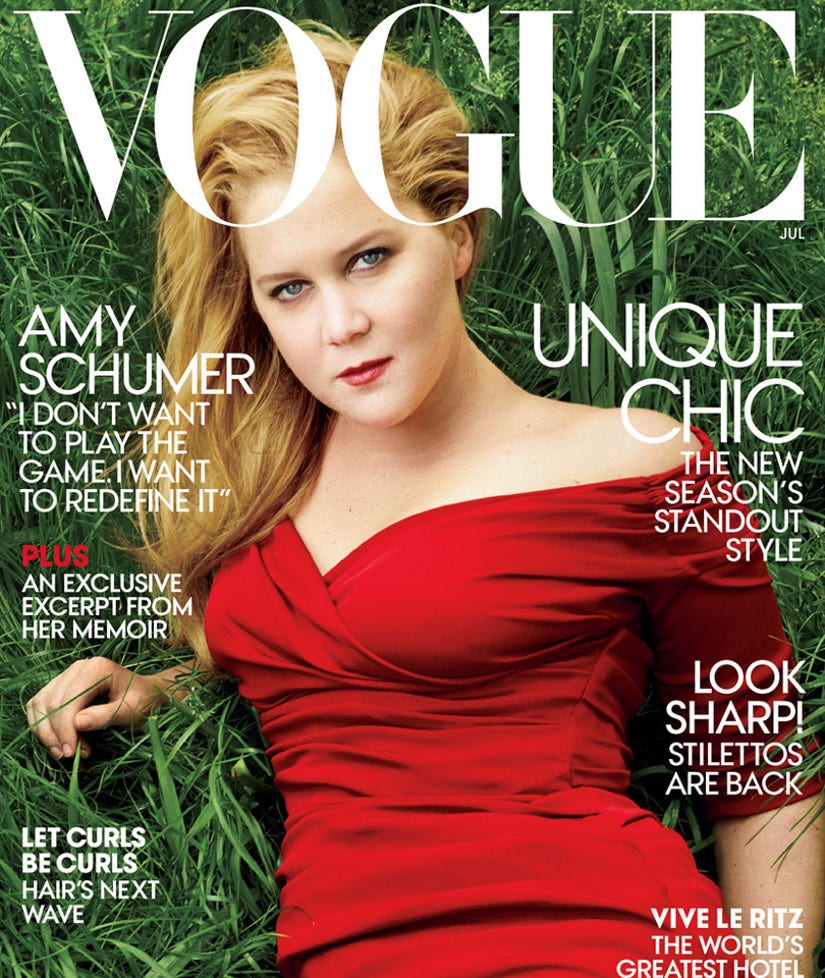 Amy Schumer goes after what she wants!

The comedienne covers the July issue of Vogue -- looking stunning in an off-the-shoulder red Dolce & Gabbana dress -- where she opens up about her boyfriend Ben Hanisch, her career and shares her thoughts on fashion.

The "Inside Amy Schumer" star first went public with the furniture designer in January, when she shared a photo of her with Ben, her sister Kim and her brother Jason at the White House.

Since, the two have had no problem documenting their romance on their respective social media pages.

"We're in love," she tells the mag. "And we're still in a total honeymoon phase. It's a real relationship. Who knows what will happen, but we're real good right now."

The 35-year-old also shares her views on comedy, revealing why she chooses to embrace her feminist and liberal stances during her routines and on her show "Inside Amy Schumer."

"I have this innate need to say things that I think are important for people to hear," she declares. "And I can't stand injustice, so even if it makes people uncomfortable, I'm not afraid enough to conflict to keep my mouth shut."

Though Amy's opened up about her own struggles with body image, noting that her stylist Leesa Evans really boosted her confidence when she changed how she dressed, the "Trainwreck" star says most days she likes to keep her look casual and comfortable.

"I don't think it's stupid; there's no moral reasoning," she says about fashion. "It's just not my thing. I just have this sense of entitlement that I should be able to feel comfortable at all times, like I could go to bed at any moment in what I'm wearing."

What do you think about Schumer's candid comments? Sound off below and check out the gallery above to see more stunning stars!

In a bonus video for the site, Amy and Vogue editor-in-chief swap jobs for a day -- and the results are hilarious.