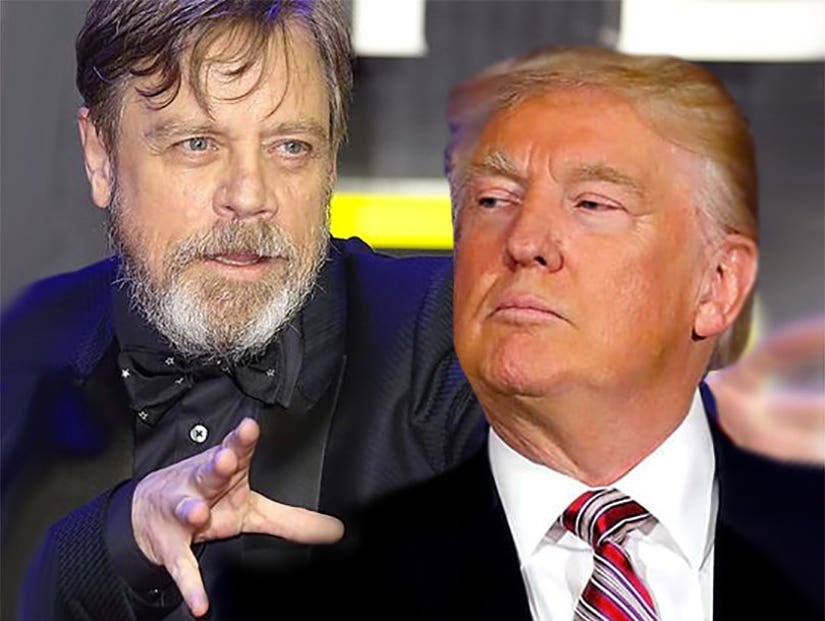 In an audio clip posted to Twitter, Hamill voiced Trump's viral message: "Happy New Year to all, including to my many enemies and those who have fought me and lost so badly they just don't know what to do. Love!"

The idea was hatched by Patton Oswalt's brother, comedy writer Matt Oswalt, who retweeted the president-elect's Dec. 31 message and said, "This sounds like something The Joker would say right before releasing a swarm of killer bees into Gotham."

Oswalt tweeted at Hamill with the bold suggestion. "BILLION DOLLAR IDEA," he wrote. "An app that you can feed every Trump tweet into that plays it back in @HamillHimself Joker voice."

Later in the day, Hamill responded: "As soon as I figure out how to tweet soundbites, I'd LOVE to. Nobody writes better super-villain dialogue than #Trumputin! #KremlinCandidate."

Hamill has been an outspoken critic of the president-elect throughout the election season, and would often use hashtags referencing Trump's alleged ties to Russia and Vladimir Putin.