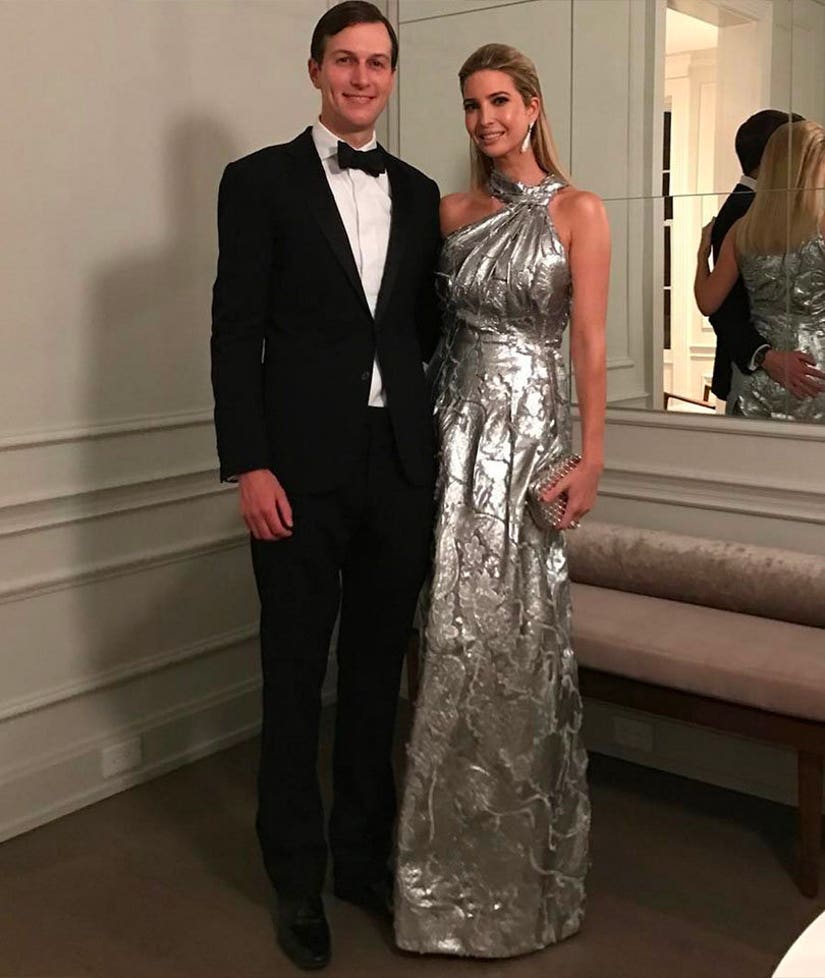 Ivanka Trump was slammed on social media Saturday night after sharing a posh photo of herself with husband Jared Kushner while protests raged on against her father's Muslim ban.

Donald Trump's daughter shared the photo above on her Instagram page around 9 p.m. EST, while protests outside U.S. airports increased in their intensity.

In the photo, President Donald Trump's daughter wore a metallic silver dress while her husband Kushner wore a tailored tuxedo. In the mirror, Jared's hand is seen on his wife's behind.

After Trump shared the photo on Instagram, social media users criticized her timing.

See some of the heated reactions (below).

"On top of everything so wildly offensive about posting this (you KNEW the reaction you'd get), your dress also looks awful."

"Wow look how at ease you are while your father destroys everything this country stands for! haha what a self absorbed sociopath!"

"You look like Saddam Hussains daughter, months before she had to flee Iraq for her life. Will you go to Russia when the American people act?"

"Seriously? Get your head out of your gala and pay attention to how your family is hurting this country. This is an inappropriate post given what's happening."

"Canada will take the refugees we ban! Sad that we can't live up to the values of the Statue of Liberty and our country but they can. Good job Trudeau and Canada- major respect. They are also very safe and secure!"

"Have you no shame?"

There were, however, some who supported Trump and her husband and voiced their opinions on the matter.

"Thank you to your father for keeping his promise to keep our country safe."

"You're stunning and so intelligent and classy !!!! We would love to make a dress for you someday."

"Classy stay focused. We love you!"

"You both look beautiful God bless you and your precious family."

"You look amazing and your dad is doing amazing... nice to have a promise keeper in the White House."

"Ivanka you look beautiful in your dress . Such a lovely couple."

"Don't let anyone tell u it's inappropriate for u to post a photo of your evening out. You are your own person and your life doesn't stop because people in our country are angry."

"Don't worry about the trolls! Love the dress and your whole family!"