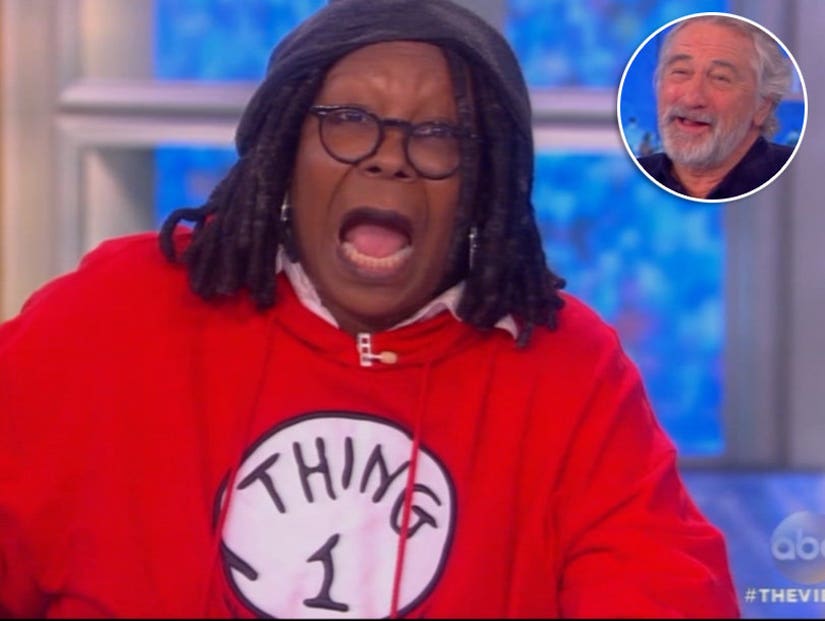 Whoopi Goldberg had some A-list assistance bashing Donald Trump on "The View" this morning, as Robert De Niro joined the panel to talk POTUS.

De Niro has been very vocal about his opposition to Trump in the past, exclaiming that he wanted to "punch Donald Trump in the face" before he was elected president back in October.

"I said that because he said that about somebody, he'd like to punch somebody in the face and how dare he say that, of course I want to punch him in the face," De Niro explained today, doubling down.

"It was only a symbolic thing anyway, it wasn't like I was going to go find him, punch him in the face," he added. "He's gotta hear it, that's what he makes people feel. It's not good to feel that way, but at the same time, sometimes when people are bullies like that, that's what you have to do to shut them up and bully them back.

"Obama was, to me, a great president. He tried to do what is right. When you have people going in there just to win, it's not about winning, it's about what's right for the country, the people," he explained. "We hear a lot of lip service about that, even from Trump. But now's the time to see what he's going to do and so far it doesn't look good."

"Well, it's mostly because he's not actually the president," Whoopi chimed in. "It's Steve Bannon. But I digress."

Goldberg continued to go in on Bannon in a later segment, while the women (and guest host Jason Biggs) talked about Kellyanne Conway's "Bowling Green Massacre" gaffe.

"As long as we keep saying Steve Bannon is the real president, this is gonna make Donald Crazy," continued Joy.

"Bannon's fingerprints are all over everything," added Whoopi. "He's writing speeches, telling him what to do. So he makes dumb decisions ... who's gonna take the blame for the dumb decisions, not Bannon. So, what's gonna happen, President B?"