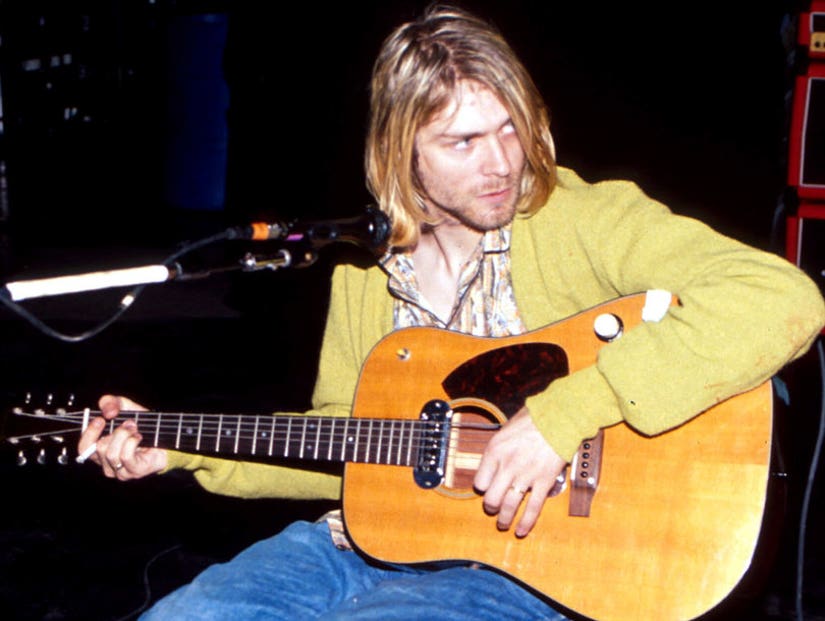 Kurt Cobain would be celebrating his 50th birthday today if he were alive, so TooFab is honoring the rock star's legacy through his own words.

Although the Nirvana frontman is best known for his music, he was also an outspoken advocate for equality. So much so, in fact, that he wasn't afraid to call out bigots at risk of losing fans.

"At this point I have a request for our fans," Cobain said. "If any of you in any way hate homosexuals, people of different color, or women, please do this one favor for us - leave us the f--k alone. Don't come to our shows and don't buy our records."

Here are 14 more inspiring quotes from the grunge icon.

"Rock 'n' roll has been exhausted. But that was always male rock 'n' roll. There's a lot of girl groups, just now, within the last few years. The Breeders and the Riot Grrrls all have a hand in it. People are finally accepting women in those kinds of roles.”

"Because I couldn't find any friends, male friends that I felt compatible with, I ended up hanging out with girls a lot. And I just always felt that they weren't treated with respect, especially because women are just totally oppressed. I mean, the words bitch and c--t were totally common."

"The problem with groups who deal with rape is that they try to educate women about how to defend themselves. What really needs to be done is teaching men not to rape. Go to the source and start there."

"I even thought that I was gay. I thought that might be the solution to my problem. Although I never experimented with it, I had a gay friend and then my mother wouldn't allow me to be friends with him anymore because she's homophobic. It was real devastating because finally I'd found a male friend who I actually hugged and was affectionate to and we talked about a lot of things."

"I've always wanted male friends that I could be real intimate with and talk about important things with and be as affectionate with that person as I would be with a girl."

"I am not gay, although I wish I were, just to piss off homophobes."

ON HOW BEING LABELED 'GAY' GAVE HIM FREEDOM

"I used to pretend I was gay just to f--k with people. I've had the reputation of being a homosexual ever since I was 14. It was really cool, because I found a couple of gay friends in Aberdeen which is almost impossible. How I could ever come across a gay person in Aberdeen is amazing! But I had some really good friends that way. I got beat up a lot, of course, because of my association with them. People just thought I was weird at first, just some f--ked-up kid. But once I got the gay tag, it gave me the freedom to be able to be a freak and let people know that they should just stay away from me."

"I started being really proud of the fact that I was gay even though I wasn't."

"The duty of youth is to challenge corruption."

"I've always had a problem with the average macho man - they've always been a threat to me."

"In a community that stresses macho-male sexual stories as a highlight of all conversation, I was an underdeveloped, immature, little dude that never got laid and was constantly razzed. 'Oh, poor little kid.' It bothered me."

"My generation's apathy, I'm disgusted with it. I'm disgusted with my own apathy too, for being spineless and not always standing up against racism, sexism and all those other -isms the counterculture has been whining about for years."

"I am definitely a feminist. I'm f--king disgusted by the way women are still treated. It's 1993 and some people still think we're in 1950s. We need to make more progress. There needs to be more female musicians, more female artists, more female writers. Everything is dominated by f--king males and I'm sick of it!"