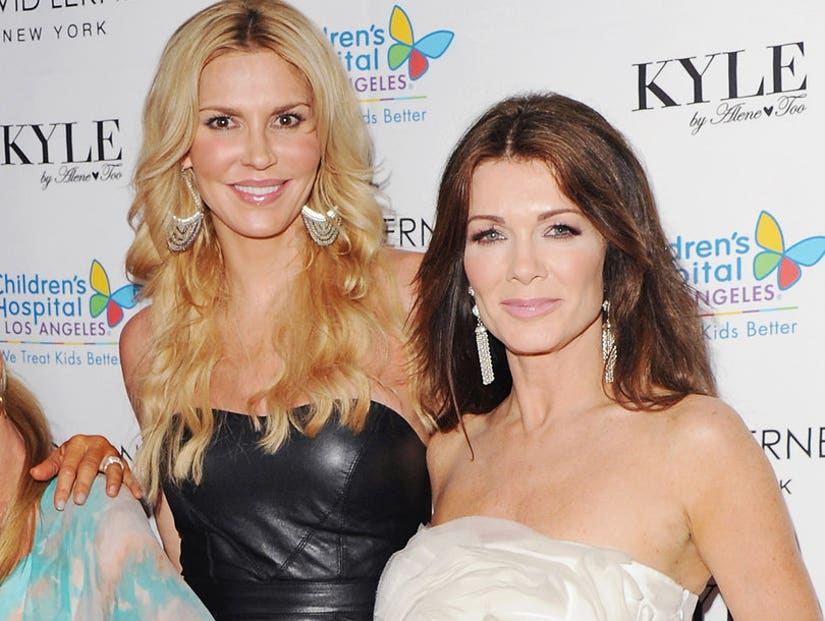 Lisa Vanderpump is pinpointing exactly what went wrong between her and former "Real Housewives of Beverly Hills" co-star Brandi Glanville.

The Bravo TV star was questioned about their extreme falling out on Jenny McCarthy's SiriusXM show on Thursday, where Lisa said she really liked Brandi at first, before things took a complete 180.

"She just turned on me. She started using the Scheana Marie thing as an excuse," she said, referring to Scheana hooking up with Glanville's then-husband Eddie Cibrian. "She started saying, the fact that you continue to employ her ... but I knew her for years, Scheana had worked for me for years before I'd even met or heard of Brandi. Why would I fire her?"

"She's even said herself there were reasons, 'Oh Lisa was getting paid more and Lisa wasn't showing up as often,' I don't know what it was," Vanderpump said. "She changed. When she first came on the show, she was more fun, and fresh and funny and outspoken. Then she got really bitter, I think that's when she lost a lot of her audience. She became so kind of nasty."

Another nasty aspect of having Glanville on the show: Brandi's battle with Joanna Krupa over comments she made about the former Miami housewife's vagina.

"I'm sorry now I've been dragged into this lawsuit with the whole Joanna Krupa smelly coochie thing," said Vanderpump. "It's annoying. I wish Krupa would drop it."

In case you missed it, Krupa sued Glanville for slander, after Brandi said Joanna had hooked up with Mohamed Hadid while he was married to Yolanda Hadid. She also said he told her Krupa's "p---y smelled."

"What's it gonna be, a scratch and sniff test?" Vanderpump joked. "Mohamed never said anything," she added.