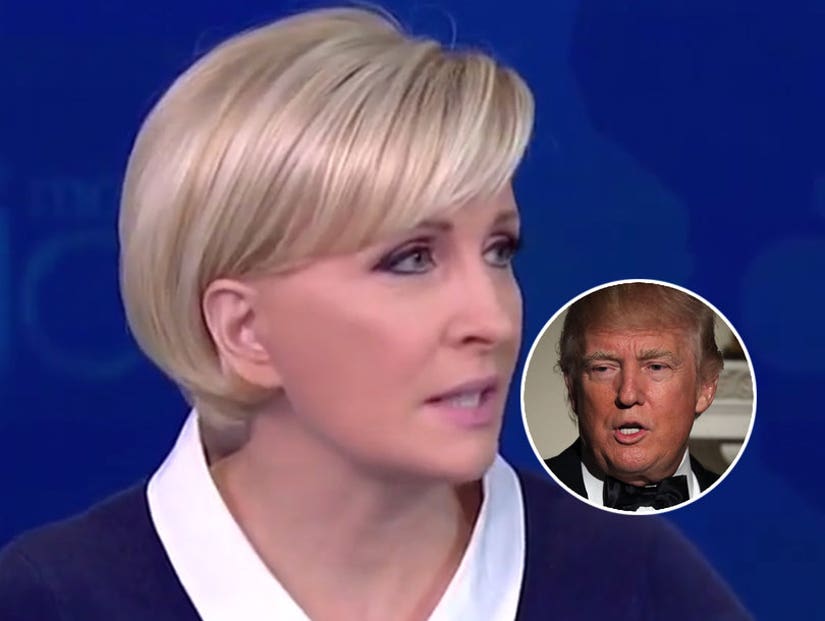 “I say stop the war on the media right now," co-host Mika Brzezinski said at the tail end of the MSNBC broadcast. “Fake news, fake presidency. That's just what it's going to come down to. Fake presidency.”

The comment comes a few days after President Trump blocked select media outlets, including CNN and the New York Times, from the White House briefing room.

While "Morning Joe" was criticized during the 2016 election for being too cozy with Trump, both Brzezinski and Joe Scarbarough have significantly changed their tone. Last week, Scarborough told Conan O'Brien that he didn't think Trump's presidency was "sustainable" and doubted "it will last four years.

Before that, Brzezinski slammed Trump advisor Kellyanne Conway for not being "credible."

"She books herself on these shows. We know for a fact she tries to book herself on this show, I won't do it because I don't believe in fake news or information," she said on the air earlier this month. "Every time I've ever seen her on television, something's askew, off, or incorrect."

Meanwhile, Trump has been very busy trying to turn the public against the press, frequently referring to any outlet that reports unflattering stories about him or his administration as "fake news."

Russia talk is FAKE NEWS put out by the Dems, and played up by the media, in order to mask the big election defeat and the illegal leaks!

For first time the failing @nytimes will take an ad (a bad one) to help save its failing reputation. Try reporting accurately & fairly!

Give the public a break - The FAKE NEWS media is trying to say that large scale immigration in Sweden is working out just beautifully. NOT!