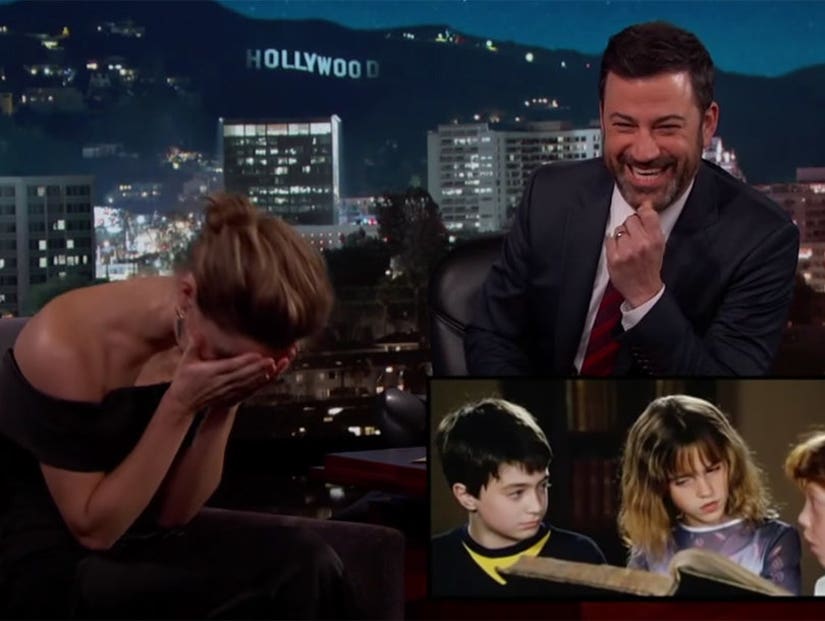 It's been 16 years since Emma Watson made her very first film, but something that happened on that set still haunts the actress to this day.

During Monday's episode of "Jimmy Kimmel Live!," the late night host played an embarrassing outtake from "Harry Potter and the Sorcerer's Stone" during his interview with the actress. In the clip, Watson mouthed co-stars Daniel Radcliffe and Rupert Grint's lines as they spoke.

"You laugh, [but] this is actually quite traumatic for me because I created issues because of this," Watson revealed after the clip rolled. "I would ruin takes. [Director Chris Columbus] would be like, 'Cut, Emma, you're doing it again. You're mouthing Dan's lines!'"

"I couldn't help myself," she said. "I was such a loser, I really loved those books, I really wanted to do my job well and I overdid it."

Of course, this was Watson's first acting gig ever, something she's still surprised about to this day.

"No one goes to the first audition they've ever been to in their entire life and then makes those movies for over a decade," she told Kimmel, "that doesn't happen to people."