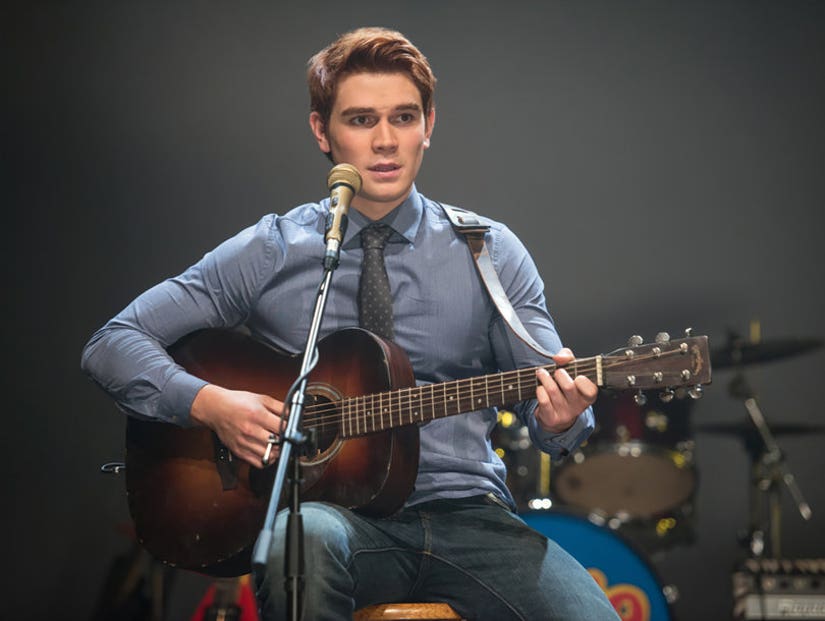 Fans of The CW's “Riverdale” took some celebratory sips of Pop's Chock'lit shake on Tuesday when the network gave the series an early Season 2 renewal.

KJ Apa who stars in the freshman drama as the teen heartthrob Archie Andrews spoke to TooFab's Madison Brodsky on Wednesday morning in a far-ranging interview in which the New Zealand actor talked about upcoming episodes, his fans on Twitter and the show's renewal.

When asked where he got the call, Apa said: "I was actually in Beverly Hills having lunch with my agent and manager, so it was a good day. We didn't know the news, but they had feeling. It wasn't a big surprise because I think we all knew we were going to get a Season 2. But it was exciting to get the official word."

Since the pilot premiered in January, the plotline has revolved around the mystery of who killed Jason Blossom. The murderer will finally be revealed by season's end, according to Apa's co-star Lili Reinhart. But fans on Twitter are speculating where the writers plan to take the show once the mystery is wrapped up.

“I know the writers want to get way darker, grittier and more intense with their storylines,” Apa said of the upcoming season.

So can "Riverdale" fans expect some news faces on the canvas soon?

“I think we can expect to see new characters from the comics," Apa said. "I think it's always refreshing having new faces in the studio when you're surrounded by the same actors in the same place all the time -- even though they are all amazing and we're all great friends."

Stay tuned for more of TooFab's interview with KJ Apa on Thursday.