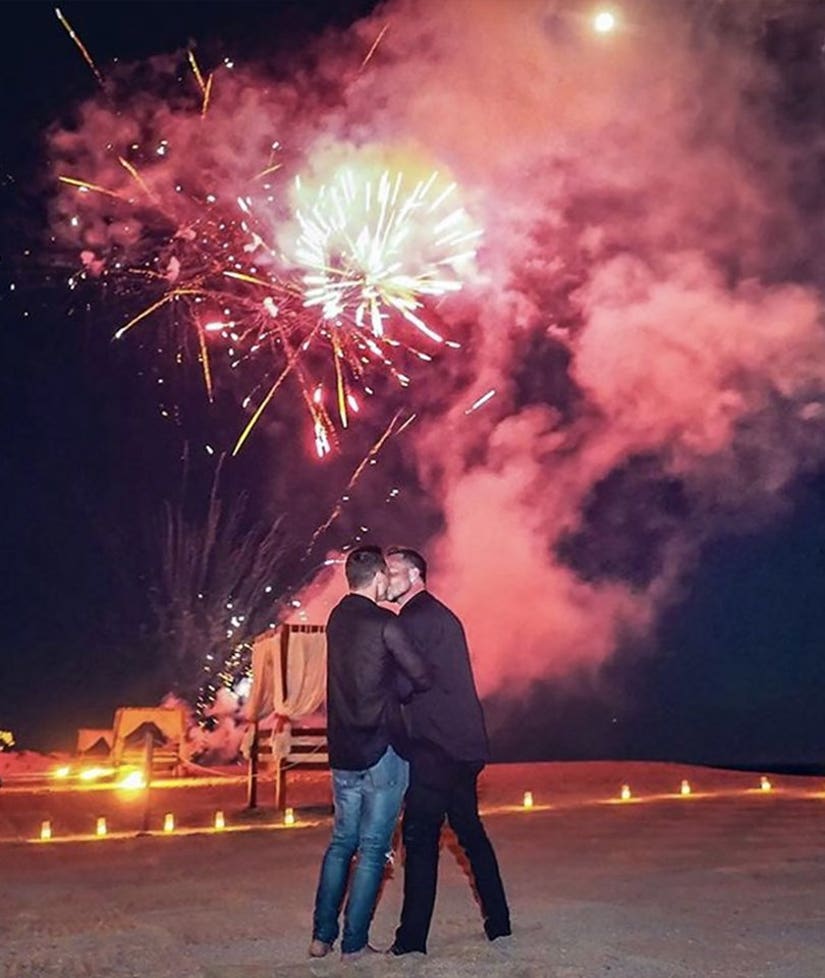 The former "Teen Wolf" and "Arrow" star shared the above photo on his Instagram page, which he captioned, "I SAID YES!!!" The picture shows the two kissing on a beach underneath fireworks while on vacation in an exotic locale.

Leatham, a floral designer who often works high-profile celebrity events, also shared the same photo. "HE SAID YES !!!," he captioned the photo, along with the hashtag #FireworksFlowersCher.

Haynes first came out in May 2016. Their relationship is fairly new.

The actor came out in an interview with EW, telling the magazine he also checked into rehab for anxiety and was in the hospital "frequently."

"People want you to be that GQ image that you put out, but people don't realize what it's like to act 24 hours a day. I'd go home and I was still acting," he says of living this double life. "People who are so judgmental about those who are gay or different don't realize that acting 24 hours a day is the most exhausting thing in the world."