As TooFab first reported back in February, Lindsay Lohan has a brand new show called "The Anti-Social Network." And now, we've got the first trailer.

Lohan's manager Scott Carlsen told TooFab the show -- which previously had the working title "Nerd" -- is "a crossover of the movie 'Nerve' and MTV's 'Punk'd' with Ashton Kutcher."

"Lohan hijacks a person's social media accounts for 24 hours and dares them to complete embarrassing challenges to win prizes. Her pranks challenge people to evaluate how much their social media is actually worth," he said. 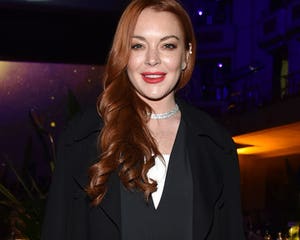 Lohan, who will also executive produce the series alongside Carlsen, also talked about the series during a guest appearance of "The View.

"We just finished the sizzle reel for a show I'm producing and created with my business partner. I basically go to someone and I hijack their social media for 24 hours and their phones and their tweets. I dare them to do things that they think they're good at. They'll win money and it goes to proceeds for charity. It's funny too.” said Lohan.