Republican lawmakers will love any conservative judge they can get on the Supreme Court, but Trevor Noah thinks Senator Ted Cruz might actually have the hots for Judge Neil Gorsuch.

"Obviously, all of the Republicans were loving Gorsuch, but there was one guy who was in love," the "Daily Show" host said in the Gorsuch segment (above) before playing an actual exchange from the Senate confirmation hearings, in which Cruz stared adoringly at President Trump's pick to fill the vacant Supreme Court seat.

"Wow, I haven't seen Ted Cruz that giddy since that one time he got a LinkedIn request," Noah said. 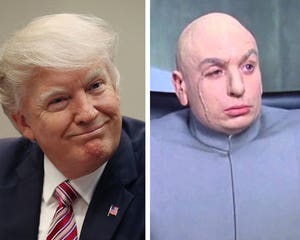 Noah's observation about Cruz came after he mocked all of the Republicans participating in the Supreme Court nomination committee in Washington, D.C., on Wednesday.

"It reminded me of that scene in a heist movie where the criminals can't believe they got away with the greatest heist of all time," Noah said. "All of them sitting around like, 'Who would of thought we'd steal it from Obama? Yeah! Suck it, Democrats!" 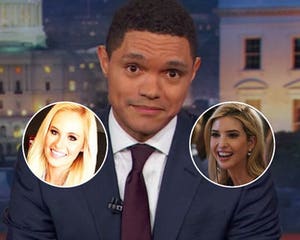