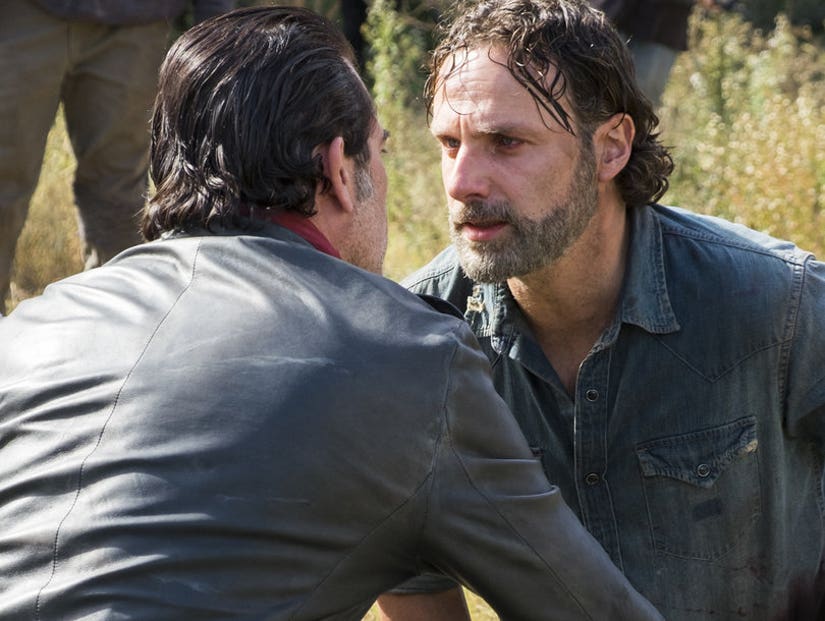 Left wanting more after the Season 7 finale of "The Walking Dead"? Don't worry, Season 8 will either destroy your brain or make your television explode.

Really driving home the hyperbole on "The Talking Dead" on Sunday, series showrunner Scott Gimple teased what's to come after Negan declared all out war on Rick and his army of survivors.

"Every year you ask me that question," Gimple told host Chris Hardwick when asked what's next. "I say it's going to be bigger, it's going to be more intense. I say these things and I've meant them every year and I think we've actually accomplished that. This year, same thing. More intense. The first 4 episodes will melt people's minds and break their televisions." 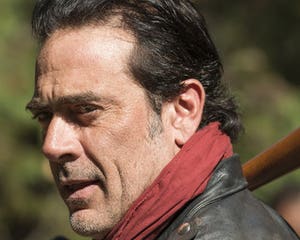 Sunday's episode ended with Rick getting support for his uprising from the people of the Hilltop and the Kingdom, while being double-crossed by Jadis and the Scavengers. While the Alexandrians and their allies put up a good fight, Negan and a good number of Saviors were able to escape unharmed. We're guessing it won't take long for the Big Bad to mount his counterattack, so expect some action right from the get go when the series returns later this year.

"Talking Dead" also staged a beautiful reunion between Sonequa Martin-Green (Sasha) and Michael Cudlitz (Abraham), after Martin-Green was killed off in the finale episode.

While we got to see the two together on the episode thanks to a few emotional flashbacks, Cudlitz surprised his co-star on the AMC after-show.

After Skyping into the show, supposedly from Canada while filming another project, the show's cuddly ginger popped out on stage and left Martin-Green in tears.

Check out the sweet moment above. "The Walking Dead" will likely return for Season 8 in October, the same month all the past seasons have debuted.