Whoopi Goldberg is fed up with the idea of "cultural appropriation."

During a discussion of the controversy sparked by Kendall Jenner's new Pepsi ad during Thursday's "The View," the moderator delivered a message to some of the spot's most vocal critics.

"Listen, now, there are some things where you can say 'Hey, you need to be more sensitive,' but this ain't one of them," she said. "This is a bad commercial, that didn't work."

Co-host Sunny Hostin was on the opposing side of the argument, criticizing Kendall herself for thinking this was a good idea.

"When you ave been in this business for 10 years and in 2015 she already got reprimanded because she wore cornrows, she already had a taste of controversy. I think she should have known better," Hostin said. 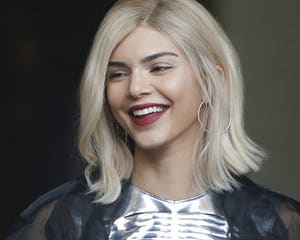 Jedediah Bila added she was "surprised the team around her didn't ask more questions."

"When you're dealing with a topic as controversial as the protest, I would think that was a topic you would know, this has to be handled with care, this could potentiall ruffle feathers," she said.

"Remember, you see it on paper, it looks good, it looks smart," added Goldberg.