The "Last Week Tonight" host said the reactions from the media "bordered on the orgasmic" before playing a clip of Williams rambling on about the "beautiful" images of war.

"We see these beautiful pictures at night from the decks of these two U.S. navy vessels in the easter Mediterranean," Williams said during his coverage of the strike. "I am tempted to quote the great Leonard Cohen: 'I am guided by the beauty of our weapons,' and they are beautiful pictures." 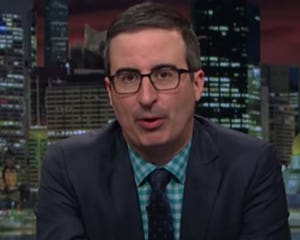 Oliver was baffled by the anchor, who was fired from his previous NBC anchor gig after it was discovered he had lied about being aboard a helicopter under RPG fire while covering the Iraq War in 2003.

"What are you talking about?" Oliver said. "It's a little ironic to see Brian Williams on MSNBC talking about 'the beauty of our weapons,' because that is not a phrase anyone would use if they had, for instance, ever been in a helicopter that was hit by ground fire." 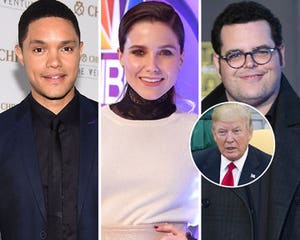 The comedian really had enough of Williams after the MSNBC anchor compared Trump's action against Syria to the 1995 Michael Douglas movie "The American President."

"This is not a song, it's not a movie -- we fired real missiles at an actual country," Oliver said.